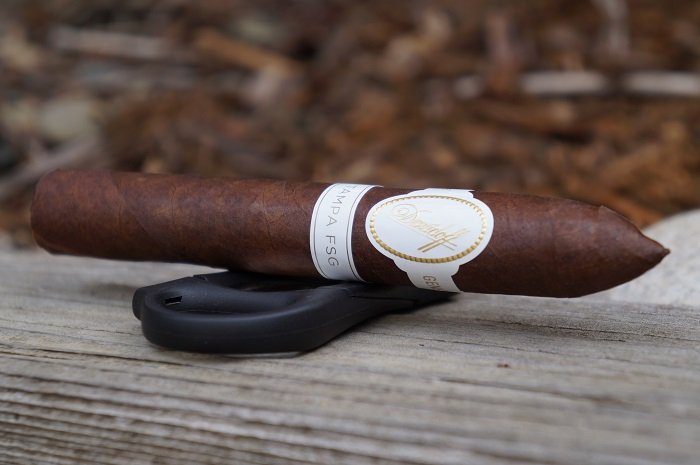 The wrapper on the Davidoff Tampa FSG is dark brown and has a prominently raised vein running down the length of the back of the cigar. The seams are easily visible as they are lifting in some areas and the Belicoso head is well finished but does have a large vein on the top cap. There are two bands, with the primary being the traditional design and colors for the brand and the secondary strip band has the same color combination and denotes Tampa FSG. The aroma from the wrapper is a mix of sweet hay and earth while the foot brings sweet hay and sweet tobacco. The pre-light draw brings musty cedar. 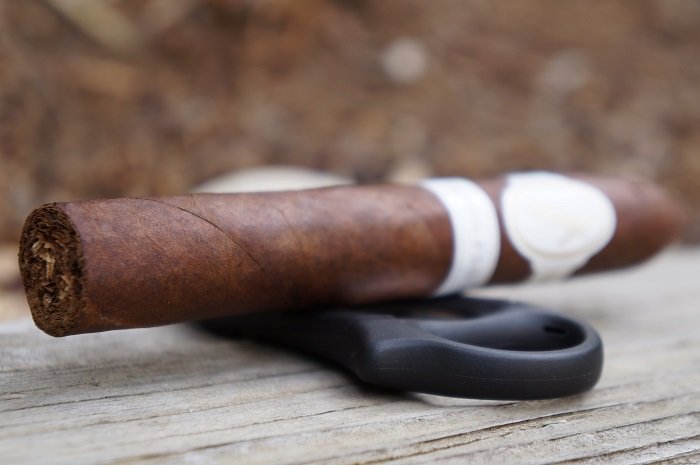 The cigar begins with spicy cedar and earthiness. At a quarter inch in, some mustiness joins in and mellows the spiciness of the cedar quite a bit. At three quarters of an inch in, the mustiness and spicy cedar have become even while the earthiness is slightly behind. The retrohale is musty cedar and dry earth. At an inch and a half, the earthiness now has a slight lead over the musty cedar while the spiciness has receded. There is also a bit of black pepper now present on the finish. The strength in this third was slightly below medium. 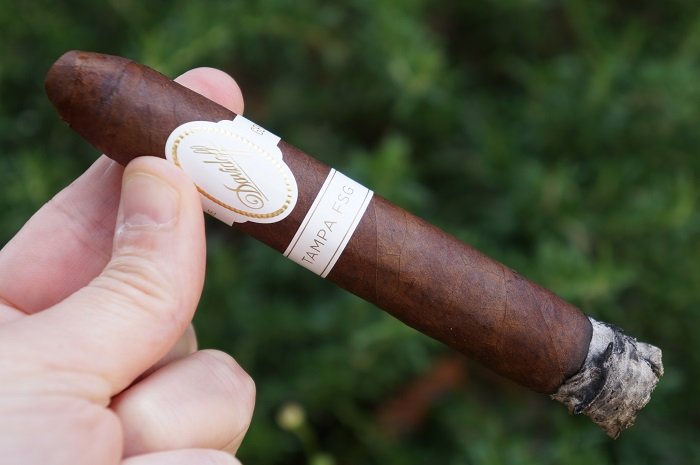 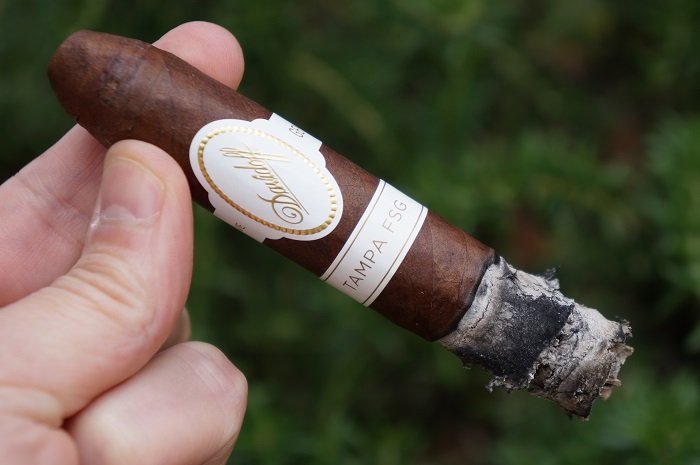 As the final third begins, the musty cedar is up front while the earthiness is fairly light in the background. The black pepper has left the finish. At a half inch in, the cedar is now a general wood note to go along with the mustiness. The retrohale is now just musty wood. As the cigar comes to a close, the profile is musty wood, with light dry earth. The strength in this third remained at medium. 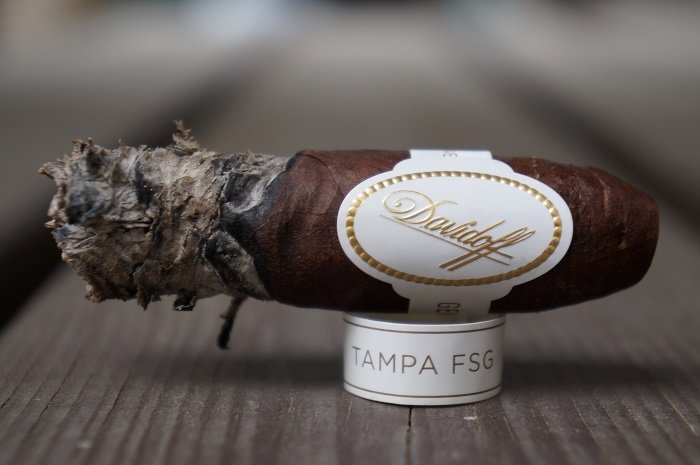 The burn was a bit wavy throughout and did require one touch-up to keep things burning in unison. There were a few times where the cigar seemed to want to go out and I took some more frequent draws to keep it burning. The ash held on in inch and a half increments. 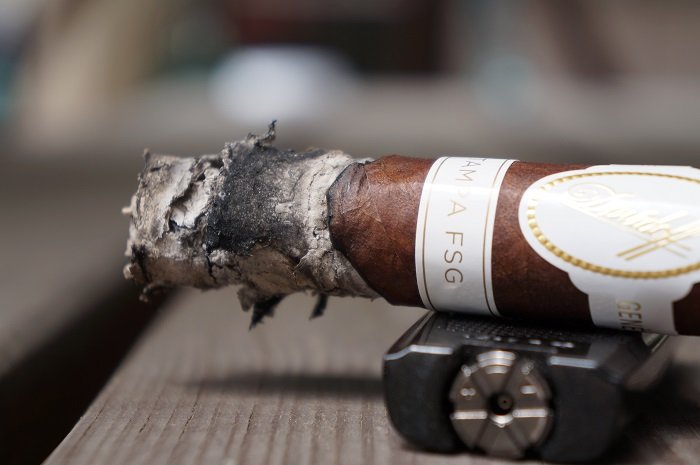 The draw was slightly tighter than I prefer, but didn’t seem to cause any issues with the smoking experience.

The cigar began with spicy cedar and earthiness. Some mustiness joined in fairly quickly and some black pepper became present on the finish near the end of the third. The final third saw the black pepper drop out and the cedar morphed into a general wood note. Construction was pretty good and strength was medium most of the way. The Davidoff Tampa FSG had a nice start with the flavor components jockeying for position. By the second third, the experience became average and maintained that level the rest of the way. I really enjoy trying different blends that utilize the FSG tobacco. This was a bit of a different profile for Davidoff as it was quite earthy and a bit more rugged than most of their other offerings. It’s not my favorite blend utilizing the tobacco, but it was unique. Due to the price point and enjoyment level, I’m probably not going to return to this, but if you are a fan of FSG as well as Davidoff, it might be worth trying one to see what you think.