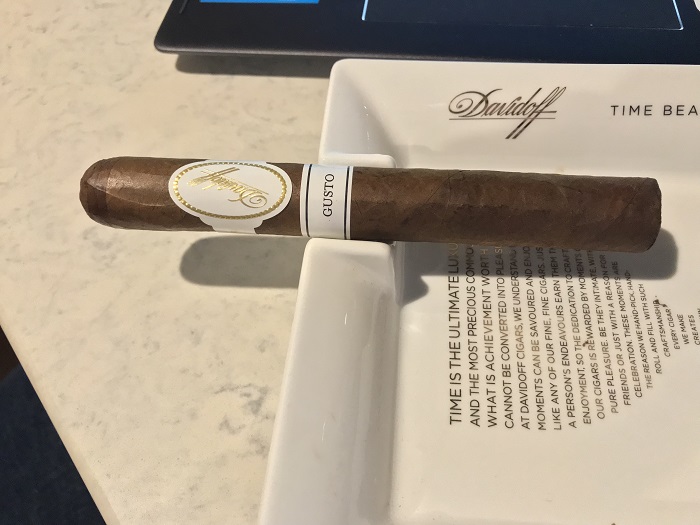 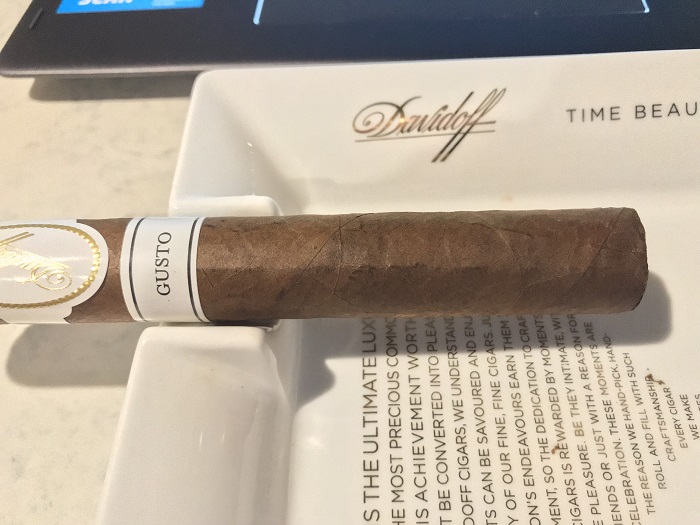 The Davidoff Gusto has a nice Natural colored wrapper and it has awesome antique brown coloring to it. There are touches of Colorado Maduro present, but overall it is a dark Natural in coloring. The wrapper is smooth in texture, showing some oily qualities and there are some medium sized veins present throughout. The foot of the cigar is showing some tobacco, stone fruit, cedar and spice qualities and the wrapper is giving off some spice, leather and freshly cut wood notes. 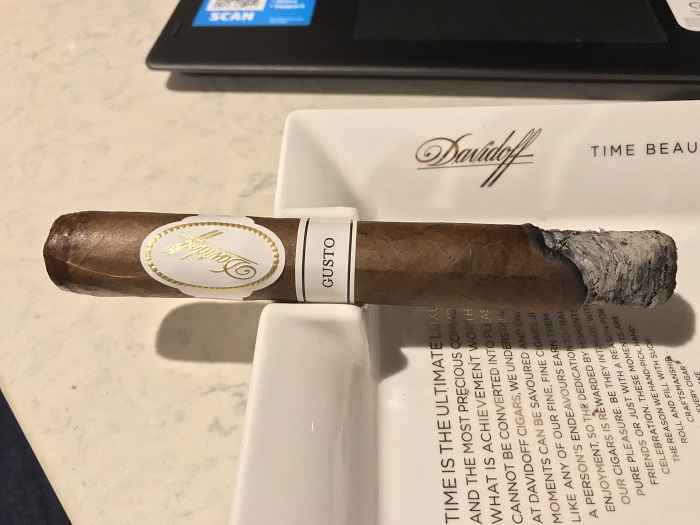 The first third begins by delivering a nice spice profile and sweet spice with some red pepper notes. I am picking up some salted wood notes as well and it has a toasty, nutty and leathery finish. I would classify the cigar as being medium-full in terms of strength, body and flavors and the construction is fairly solid. It is not a perfect burn line, but it is consistent and it is delivering a dark charcoal colored ash on the end. The draw is cool and with that a nice bit of smoke is produced with each puff. 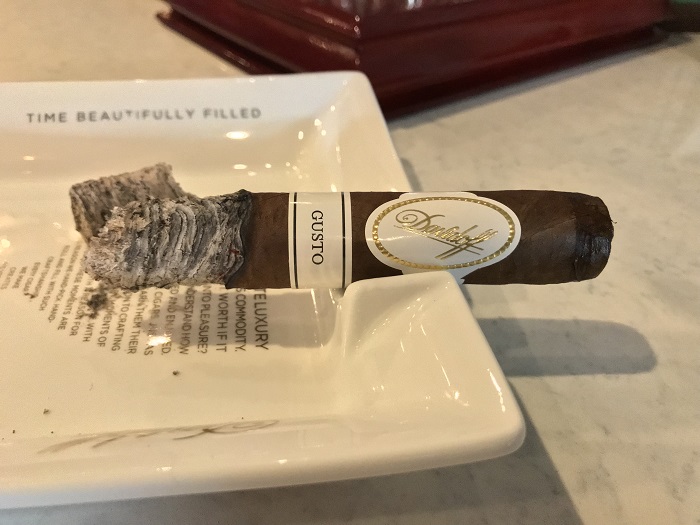 As I enter the second third of the cigar, I find the flavors become richer and darker. I am picking up dark cherry qualities and it is paired with a nice oaky profile with some black pepper spice on top of that. I am getting those salted wood qualities as well and it has some earthiness and nuttiness present also. It is right between medium-full and full in this third for flavors and body, and I would say the strength is right at that medium-full level. The construction has improved, showing an even burn line and it has that firm dark charcoal colored ash on the end. The draw remains cool in this third and with that a nice bit of smoke production. 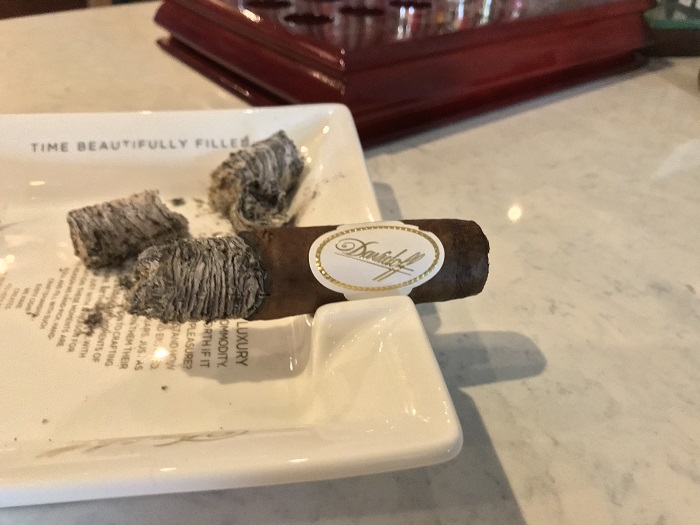 I am in the final third of the cigar now and finding the spice level to be on a rise. It is delivering some nice black pepper notes and it is paired with the salty wood and leather qualities. There is a faint hay note present and it is a strong finish. I would classify the cigar as being full now in all areas and it is a nice way for the cigar to finish. It has been growing from the beginning and I enjoy that. The burn has remained top notch in the last two thirds and the draw has as well. It produces a great bit of smoke and I put it down right before the nub when it gets a little warm. 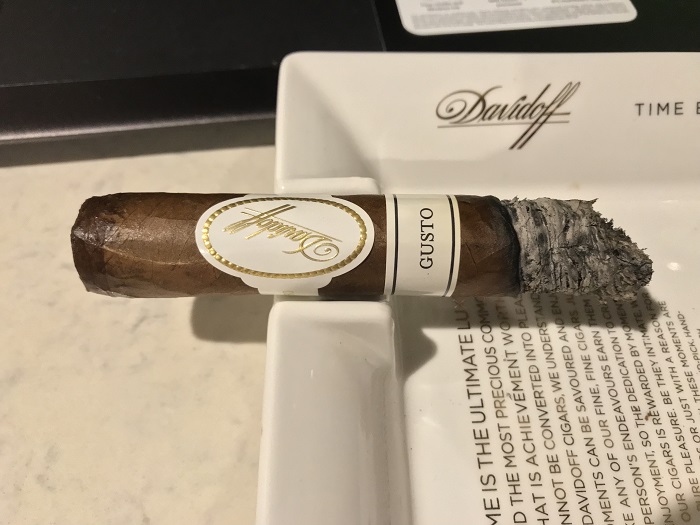 From beginning to end, the cigar had a nice burn line and an ash that held on firmly. It had a nice dark charcoal coloring to it and had to be tapped off after each third.

The draw on this cigar was great through the first two thirds. Right at the end it got a little warm, but there wasn’t much left of the cigar so that is understandable. A nice bit of smoke was being produced with each puff, and the draw was fairly concentrated and cool throughout.