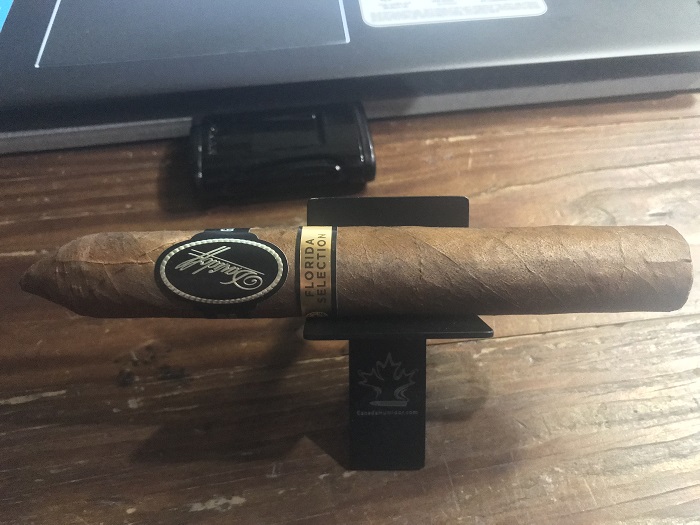 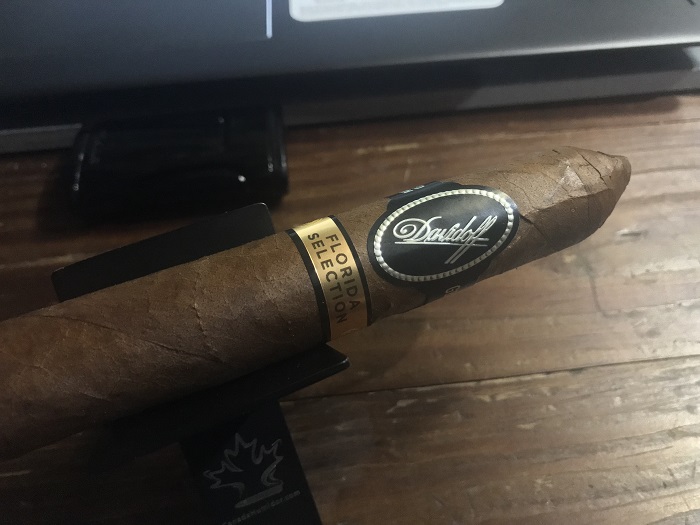 The Davidoff Florida Selection 2018 Limited Edition has a nice sharp tapered head and is a great torpedo. It sports a lovely Colorado wrapper that has some small sized veins present throughout and with that is some lovely tooth. The cigar is very firm in hand and shows no give or soft spots throughout. The foot is giving off an aroma of rich earth, fruits and manure, while the wrapper is meaty, leathery and showing some salted wood qualities. 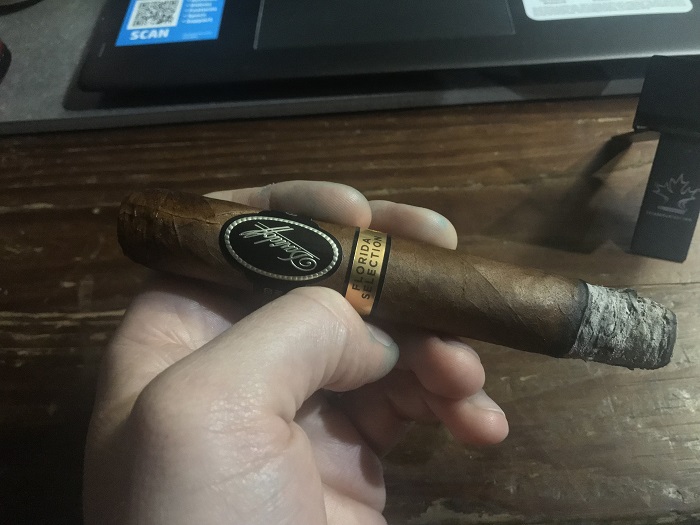 The first third opens up by showing a lot of spice notes and it is delivering strong black pepper flavors. There are noticeable tobacco flavors present and with that is some dry earth, oak and strong mineral notes. There is a sweetness present as well on the finish, and it is paired with some dried banana chip flavors. Overall, the cigar is full in body and strength and packed full of flavors. 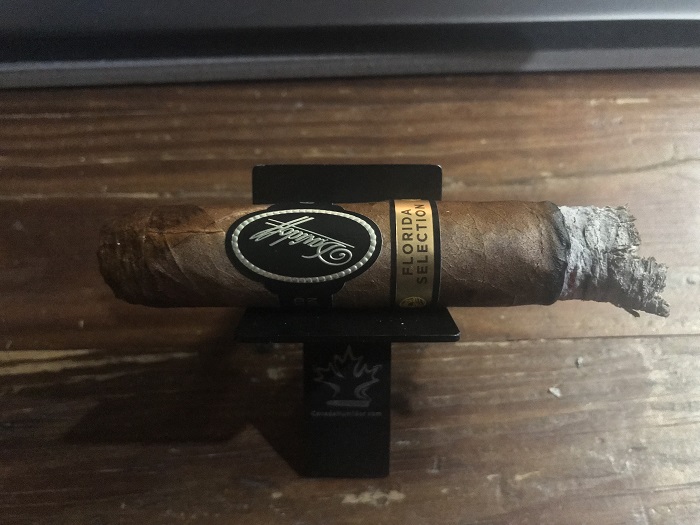 I am in the second third of the cigar now and it has shown a great bit of transitioning. The second third is much sweeter and less spicier than the first third and is giving off some oak notes with bananas and honey. There is this oat like flavor present as well and it is like granola covered in bananas and honey. Marvelous. There is a creaminess present as well and it has a nice smoky quality with that. There is a touch of nutmeg on the finish, but no pepper. I would classify the cigar as being medium-full in body this third and the strength is just below that. 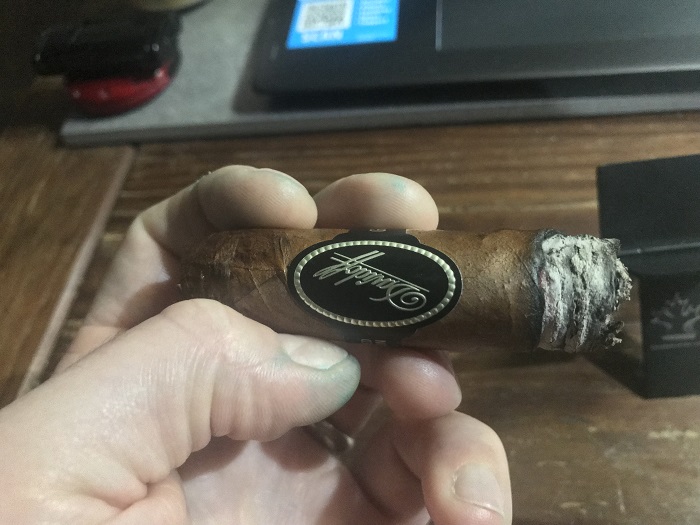 When I get into the final third, I find that the spice and power are on a return. It is showing black pepper and oak notes that are paired with some earthy qualities. It is quite spicy and there are some mineral and strong smoky qualities with that as well. Quite a departure from the second third, it is showing a lot of transitioning. I would classify the cigar as being between medium-full and full, and it is a strong finish.

The draw on the Belicoso was fantastic. The diminishing ring gauge on the tapered head really added for a great experience with the cigar. You got that concentrated flavor profile and smoke, which is always a plus. It is typically not a vitola of my liking, but Davidoff does well with its tapered Torpedos/Belicosos.

I have been a fan of the Florida Sun Grown tobacco since I first smoked it. Having the opportunity to smoke it on its own has helped in recognizing and appreciating the tobacco. Also, talking about it and smoking it with Jeff Borysiewicz in person has led to me really loving it in blends. It is strong tobacco, and is very noticeable with the earth, mineral and smoky qualities that come with it. The use of the tobacco with Davidoff is an interesting pairing, because it is not a paring you would expect to see. Because of that, it is a Davidoff like no other. The Davidoff Florida Selection 2018 Limited Edition might be one of the most unique Davidoffs I have smoked and also the strongest. The cigar builds in complexity of flavors and strength as it progresses and it is in the second third that it smokes its best. If this cigar smoked like it did in the second third throughout, I think it might be one of the best cigars I smoked all year. But, that is not the case. It grew in the first third to what it would be, but in the final third the Florida tobacco just dominated. I think this is the best national release of cigars that have used Florida tobacco, but not the best blend. I think Corona has some incredible offerings with the tobacco in the blend, but those are only available there. With that being said, definitely a Davidoff worth smoking. Seeing them work with tobacco like this shows that they are a talented company that can use tobacco from all over. Again, the second third of this cigar is marvelous.