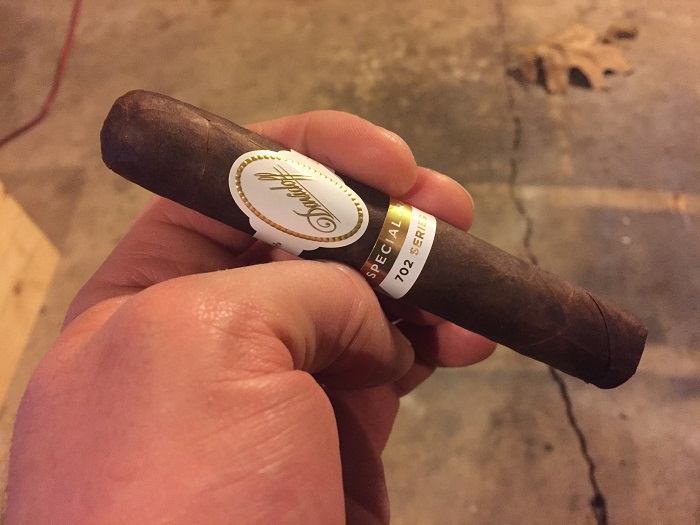 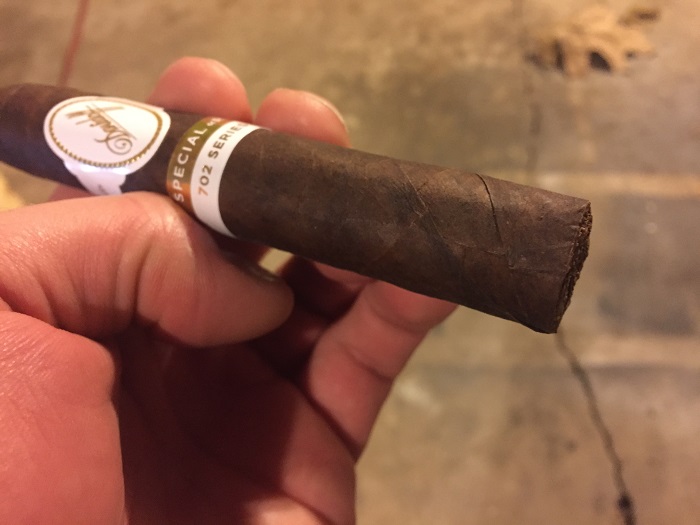 In holding and looking at the cigar, the robusto has a basic cap applied and at the foot there is a section where the wrapper appears to have been applied somewhat loose. Other than that, the cigar is firm in hand and with small to medium size veins present throughout. I would classify the cigar as having a dark Colorado wrapper and while it is not at that Maduro level, it is close. It is smooth in texture, slight bit of grit present and there is an aroma of barnyard and earth off the wrapper. The foot is showing a richer note, touches of chocolate with some hay and spice present. 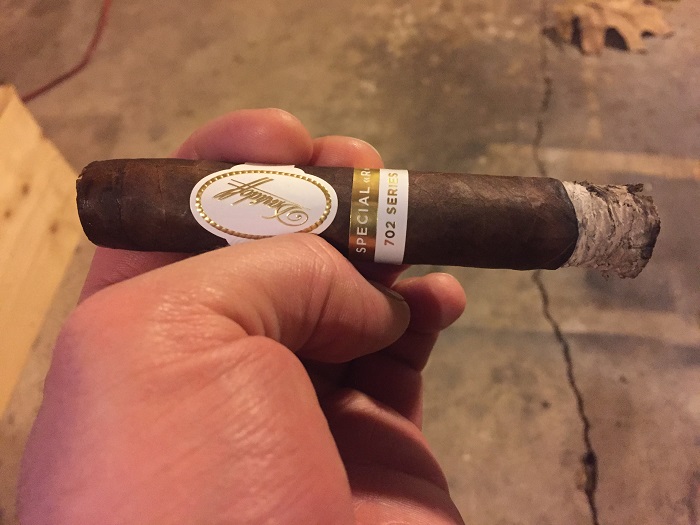 The first third starts out with some sweet and spicy qualities and I am finding some red pepper and cinnamon notes. It is a strong flavor profile and it has some additional earthy, oak and hay notes. There is this rum like quality present as well with a finish of coffee grinds. I would say the cigar is smoking at a medium-full to full level in terms of flavors and body, and the strength level is right around a medium. The construction is top notch and the burn line is razor sharp with a light gray ash on the end. 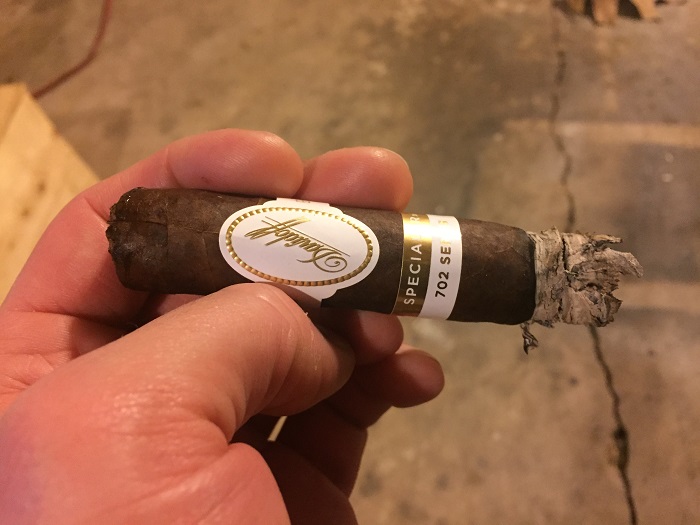 When I get into the second third of the cigar I find the flavor profile is really lacking when compared with the first third and it has lost that cinnamon and red pepper quality. It really lost that strength and flavor complexity that was present in the first third. The oak notes have faded some as well and what is left is this hay and rich earth quality. The coffee grinds are present on the finish but overall it is not what it once was. I would say the body and flavor level have gone down to a medium to medium-full level and they are in line with the strength. The construction remains solid though and I get that even burn line with a light gray ash. 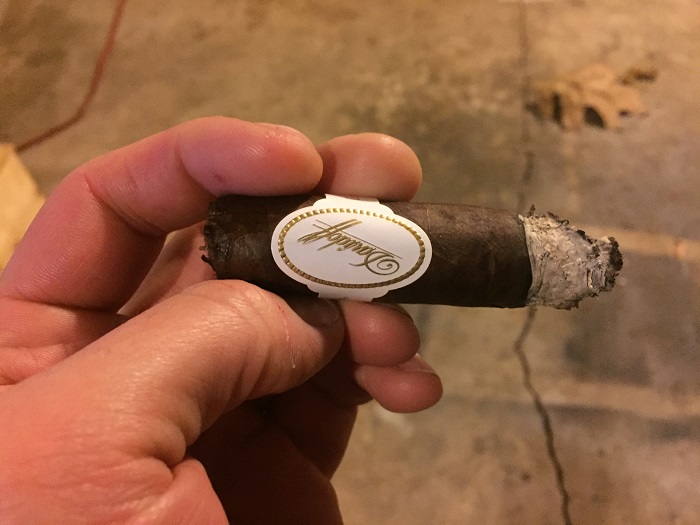 The final third shows a lot of the qualities from the second third but overall a real disappointment from where the cigar was when it began. It wasn’t mind blowing to begin with, but it has decreased in depth and complexity as it has progressed, which is a total disappointment. The flavors are that of earth and hay with touches of oak as well. The body, flavors and strength are at an equal level, somewhere between medium and medium-full, and once again that is a continuation of where the cigar has been since the second third. The construction remains great though to the end and I am left with an even burn line and a solid light gray ash on the end. 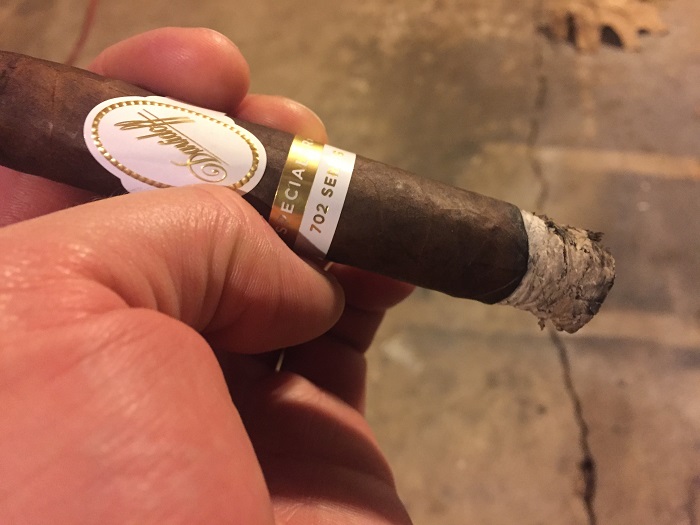 From beginning to end the cigar smoked very well. The burn was never an issue and I had a solid burn line from start to finish. The ash held on firmly throughout each third and it was a well rolled cigar.

Like the burn, the cigar had a nice draw from beginning to end. It was not too loose and it offered a slight bit of resistance which helped in concentrating the smoke. Once again, it was a sign of a well rolled cigar and the tobacco being applied well in the blend.

Honestly, the cigar was a disappointment to me. When you modify a blend by changing the wrapper you can have a lot of success. At the same time, you can have a wrapper that does not go well with the blend. I believe it would have been more productive if they had created a whole new blend to be used with the wrapper, but I feel that way about a lot of cigars that have a simple wrapper swap. There are a lot of other cigars I would pickup over this, a lot of Davidoff releases I would smoke over this and I think many will feel the same. Obviously, Davidoff wanted to have a release with this wrapper and I think that is great, but they simply appeared to have thrown it over this blend which does not help the story of the wrapper or Davidoff the brand.