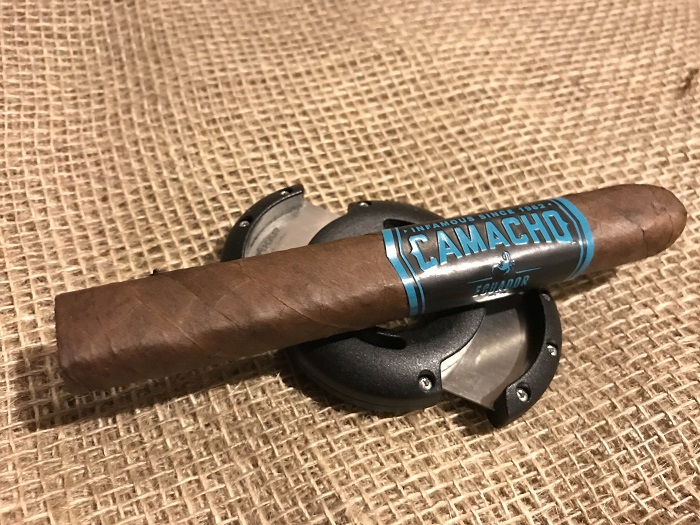 The cigar has a nice press to it and a well applied cap. It is fairly firm in texture throughout and it is not an overly sharp box press but has a little bit of roundness to it which I enjoy. The cigar sports a lovely Colorado Maduro colored wrapper, nice chocolate brown coloring and there are some medium sized veins present in the silky and smooth wrapper. The aroma on the wrapper is that of manure, rich earth and tobacco, and the foot is giving off notes of rich earth, spices, raisins and tobacco. There is a solid cold draw to the cigar and it is giving off some tobacco and earth notes there. 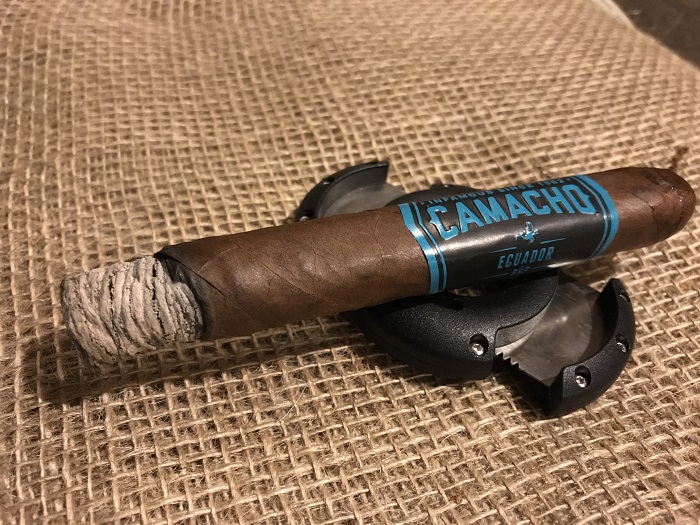 The first third has a nice beginning and it carries some strength to it. I am picking up some smoky characteristics and it has some spice along with that. Noticeable pepper qualities. There are touches of raisins present as well and it has some tobacco, dry earth and hickory notes on the finish. Great flavors are present with nice body and strength levels, and I would classify the cigar as being full in all areas. There is a perfect draw with the cigar and a nice burn line as well. 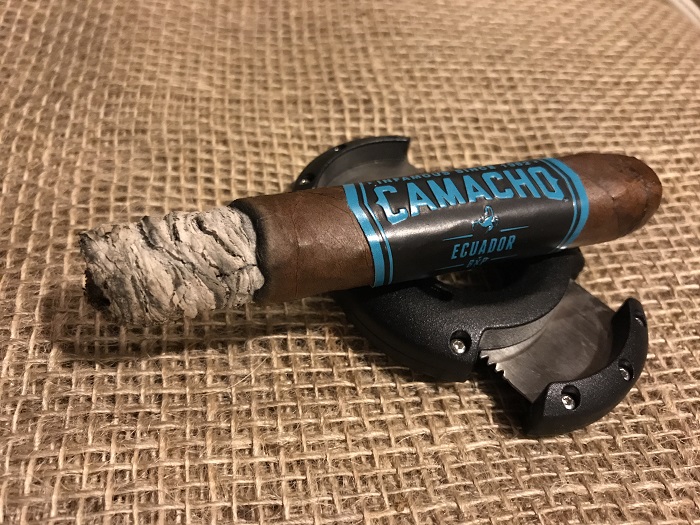 When I get into the second third of the cigar, I find a slight change in the flavor profile. It is still keeping that spiciness from before but it has lost that smokiness. I am picking up some earth notes that are richer and it has leather and tobacco qualities with that.. There is a finish of wood and cinnamon as well and the wood notes are showing some similar hickory qualities to it. It remains a full body, strength and flavored third and it is still a complex smoke. Like the first third, there is a great draw and nice construction to the cigar. 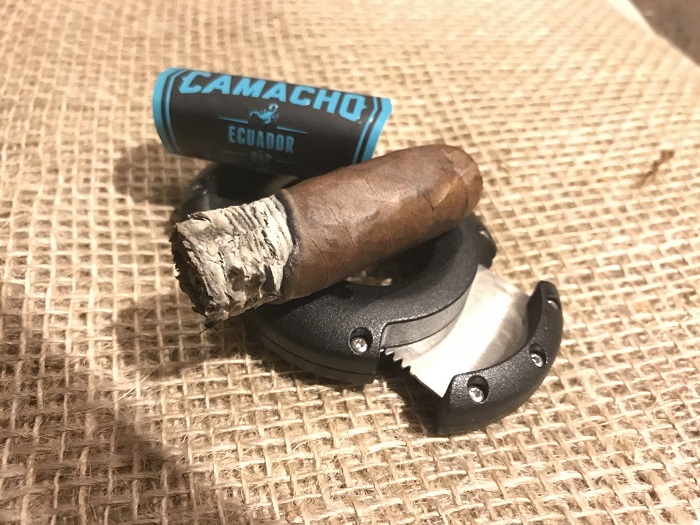 I am in the final third now and finding that the cigar is coming down a bit in terms of strength and body. There are some spice notes present but they are not as strong and pronounced as they were before. It is a balanced third and I am picking up notes of tobacco, leather and rich earth, but some of the early qualities are missing. The spice flavors are on top of that and it is not showing a lot of pepper or cinnamon. There is a smooth creaminess to the cigar and it is present on the finish. I would classify the cigar as being between medium to medium-full in terms of strength and body with the flavors there as well. The cigar smokes well to the end and it is cool while producing a nice draw to the nub. Great construction along the way.

From beginning to the end, the cigar showed that it was a well made cigar. It burned well, presenting no problems or times when the cigar needed to be touched up and it was a well pressed cigar. Pressing a cigar helps with construction and that was definitely the case with this cigar. It performed the way a cigar should perform.

The draw was a little loose for my liking. I wish there was some more tobacco present in the filler, and because of that I felt the cigar smoked somewhat quicker than I would like. I tried to slow down my smoking, and I did, but there was little that I could do to slow down the cigar itself.

I was never a big fan of the Camacho Ecuador when it first came out. I wasn’t blown away by the flavor profile and I have always been one that thinks of Camacho as being tied to Honduras. It had a nice strength and body level, something that I think Camacho is known for capturing, but it was missing that Honduran flavor. I am a purist or old school in that sense. With more releases that have less Honduran tobacco and have the name Camacho, the more I feel the company is going away from what Camacho has been and should be. With that being said, the Camacho Ecuador BXP Toro is the best vitola release I have had in the line. It is a line that has benefited well from being pressed, and I think it is a line that should have been released in a box press format. The BXP Toro offered solid flavors from beginning to end and great construction with that. It had a nice full body and strength quality for most of the cigar, and had a smooth finish which made you want another one right afterwards. Not my favorite Camacho, but a cigar worth trying.