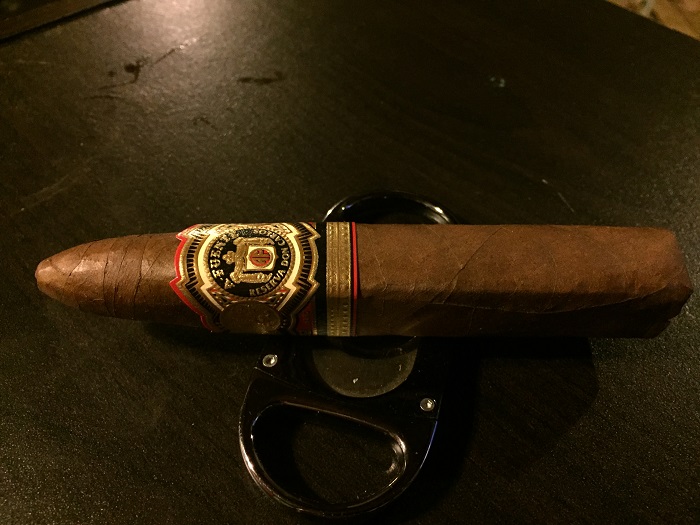 The Arturo Fuente Don Carlos Eye of the Shark is unique because it goes from being box pressed to a round tapered finish. It is a “Shark” release. At first I found the release quite cool, but the more I look at them and handle them the more I dislike the offering. It is just too odd for me. With that being said, it has your standard Fuente band, nice tapered finish and a wrapper that has a beautiful color to it. There are a few veins present overall but it has a nice firmness present with the fine gritty and silky texture. The coloring is that of milk chocolate, and I am getting an aroma of faint chocolate, raisins and cedar on the foot with an earthy and leathery aroma on the wrapper. 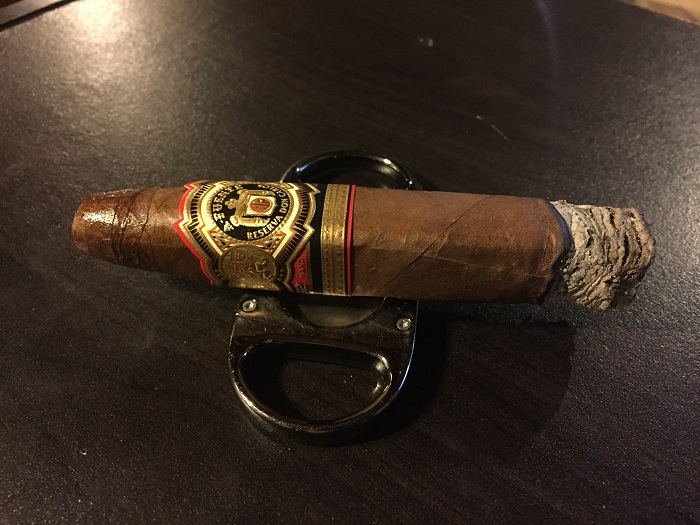 The first third begins quite well. I am picking up some nutty qualities to the cigar and some cinnamon notes with that. There is this faint hazelnut flavor showing up and it is paired with this cinnamon and cedar profile. The finish is creamy with some hay qualities and it is light and flavorful. I would say that the cigar is smoking around a medium level in all categories and it is approachable by many cigar smokers. It is not complicated but at the same time, not simplistic. The construction is top notch as well and I am getting a cool draw with an even burn line. 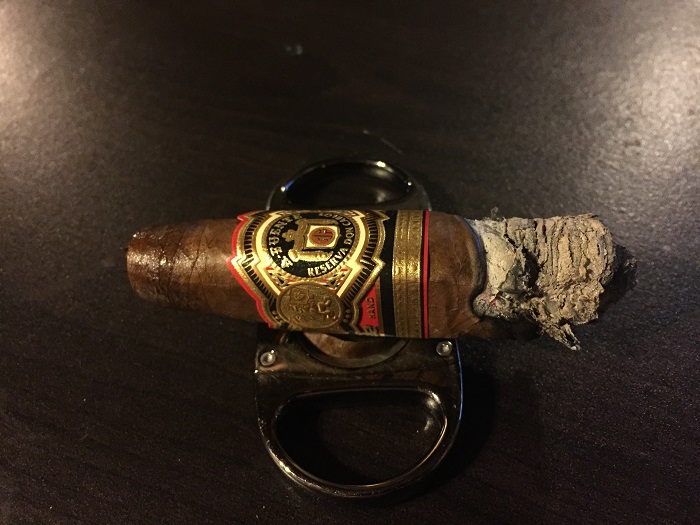 When I get into the second third of the cigar, I find there is a change in the flavor profile while the strength and body remain at that same level as before. There is a citrus quality now with the cigar, a sharp citrus flavor that shows some grapefruit and orange and it is pairing with that cinnamon profile from before. There is a ginger quality also, and it is pairing with a cedary and creamy profile on the finish. The hazelnut quality has vanished and it is a transition. I would still say the cigar is medium on all levels, but a big change in flavors. The construction has gotten a little off, burn line no longer even, but not a major problem. 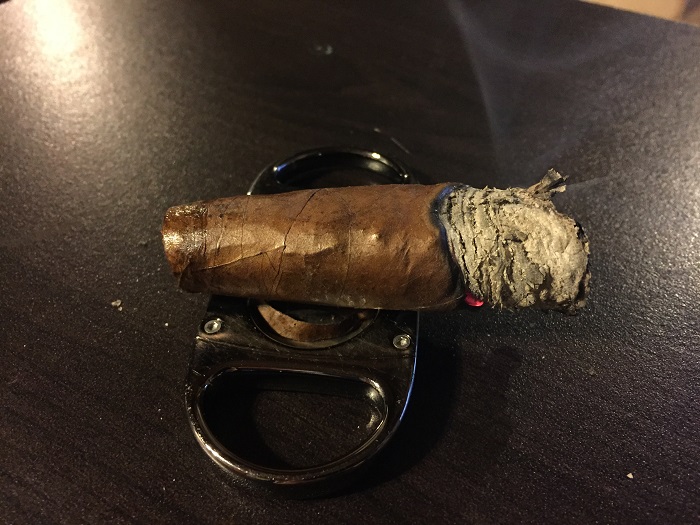 When I get into the final third, I find that the flavor profile is similar to that of the second third, but not as high of a quality flavor profile. There is the sharp citrus profile present but it takes over the palate for the most part and hides some of the cedar qualities. The nutty, cinnamon and cream qualities have faded and it has a sharp wood flavor on the finish. The finish is cool though and overall the cigar is smoking at that medium level still. The construction is in line with the second third, slightly better, and there is a slight uneven burn at the end. 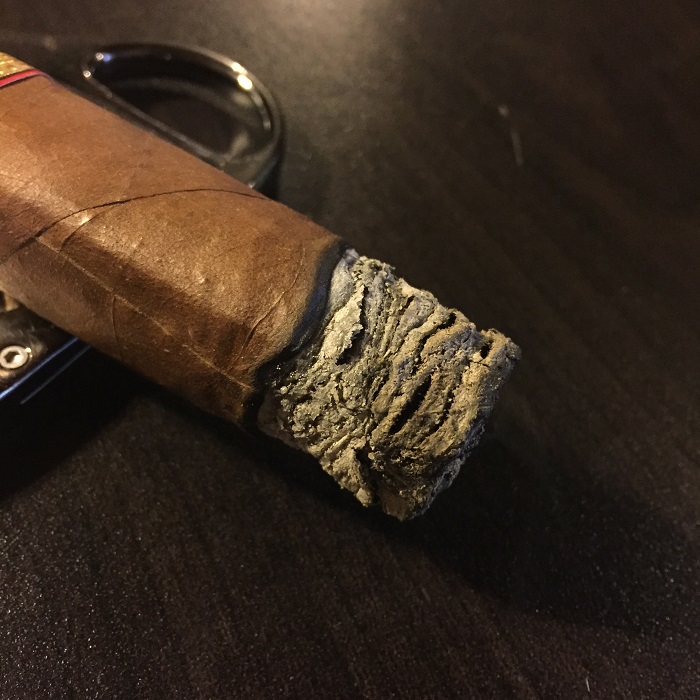 At the beginning the cigar is smoking great. The burn line is even and it is producing a solid charcoal ash that is firm on the end. As the cigar progresses though, the burn line gets a little wavy and that takes away from the cigar in some ways. The ash is still holding on well, but it is not the same as it would be with a razor sharp or even burn line.

The draw overall is nice from beginning to end. I had to cut more of the tapered head than I would have preferred, but I cut just enough so that it was still concentrated and not overwhelming. Smoke production was heavier on the start and very light on the end, but I never had a draw issue you could say.

The Arturo Fuente Don Carlos Eye of the Shark was not bad, but it was not great. For something like this, I expected something really special. In that sense you could say it was disappointing. While the vitola may be cool to many, I think it is a blend that would simply be better in a more traditional vitola. Make it a box-pressed toro or traditional torpedo and the cigar would improve, I think. Once the ring gauge on the cigar dropped and diminished towards the end, the blend became less enjoyable. If you only smoked the first third, you would put the cigar down and be very pleased with what you smoked. Unfortunately, there are still two thirds left after the opening.