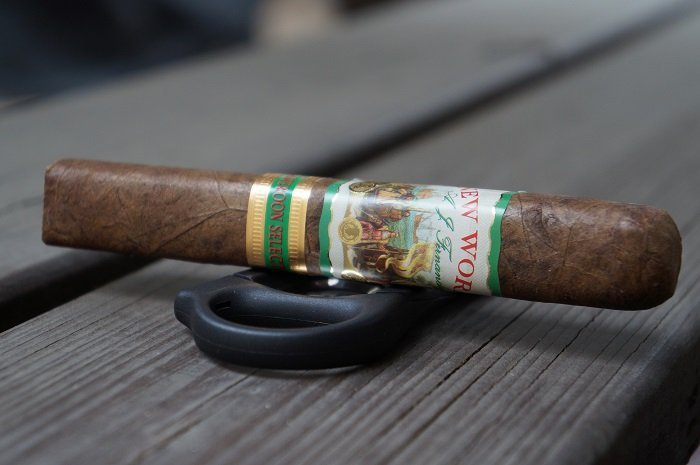 The wrapper of the AJ Fernandez New World Cameroon Double Robusto is medium brown and has some variation to it as it covers the square press. There are a few veins present but are well pressed and the seams are smooth and barely visible. The head is finished off with a well applied double cap. There are two bands, with the primary being the traditional design for the line but carrying green borders. The secondary band has the same green with gold borders and red lettering and denoting Cameroon Selection. The aroma from the wrapper is a mix of hay and tobacco sweetness while the foot brings graham cracker and white pepper. The pre-light draw brings some musty cedar with a mild spice on my lips and tongue. 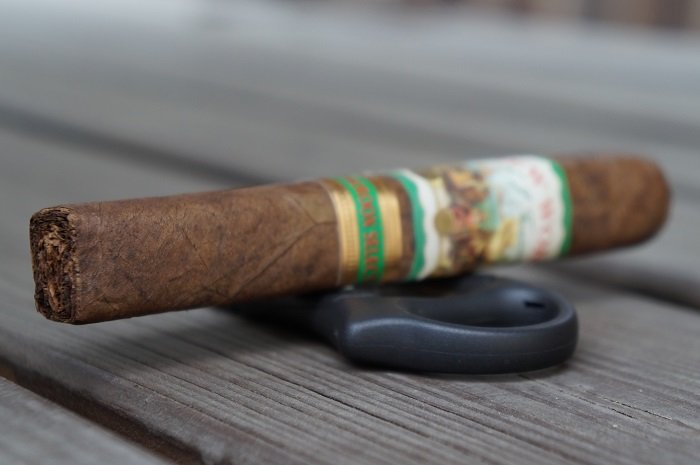 The cigar begins with intense cinnamon, wood and creaminess. At a half inch in, the cinnamon morphs into black pepper as a slight mustiness joins the wood and cream. At an inch in, the cream has left the profile and the cigar has become fairly dry. The retrohale has a black pepper zing up front with some musty wood right behind it. As the third comes to a close, a faint cinnamon rejoins the profile. The strength in this third was slightly above medium. 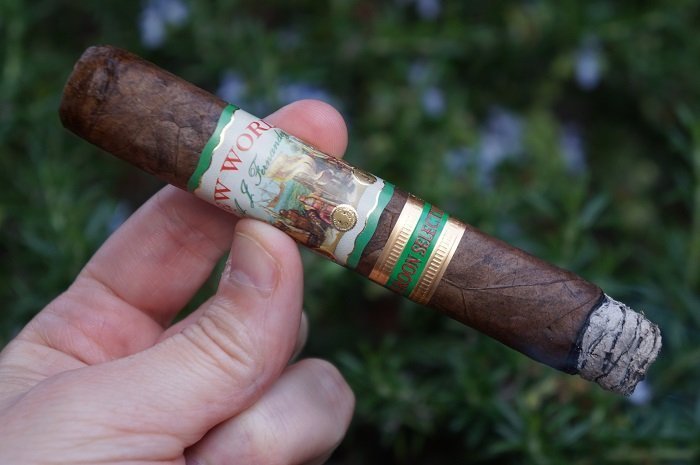 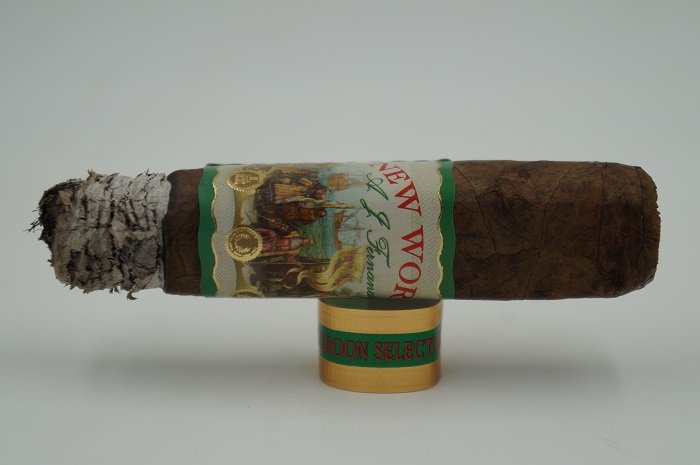 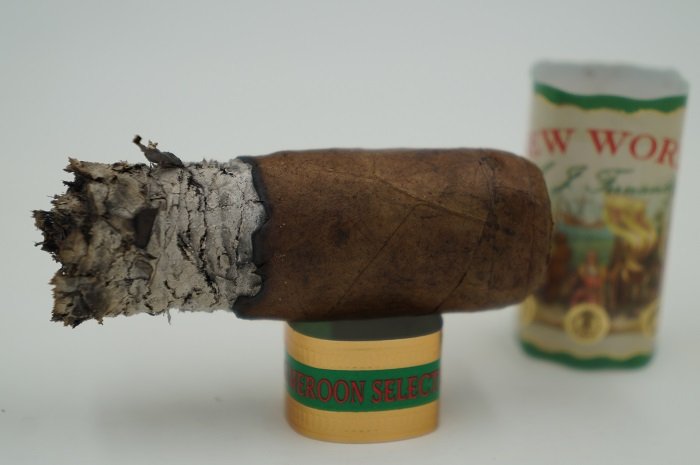 The burn line was slightly wavy and the ash held on in inch and a half increments. 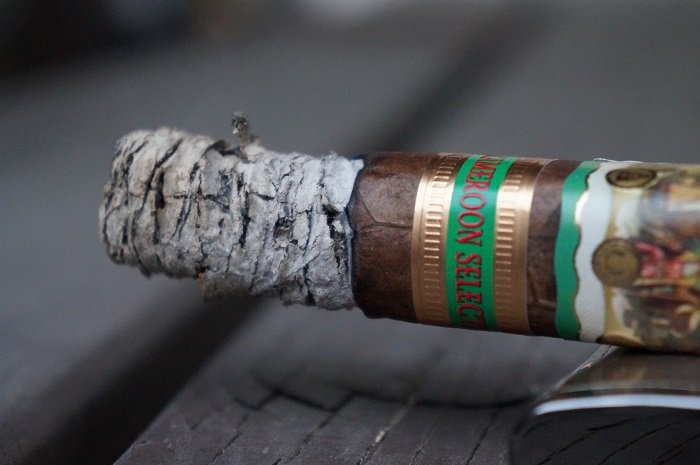 The draw was slightly looser than I prefer but didn’t cause any issues with the smoking experience.

The cigar began with an intense cinnamon, wood and cream and the cinnamon transitioned to black pepper fairly quickly. The cream transitioned to mustiness shortly thereafter. As it progressed the black pepper mellowed and in the final third, some charred bitterness joined in. Construction was very good and needed no attention. Strength started medium and was up to medium-full by the second third. The AJ Fernandez New World Cameroon Double Robusto brought more strength than I was expecting, but the fullness of flavor kept up. I thought the flavors were average until the charred bitterness took things down a notch in the final third. For those that like more strength and are fans of AJ, they’ll definitely find something they like here. I felt like it was a prototypical AJ blend, really didn’t showcase Cameroon at all and probably not something I’m eager to revisit.