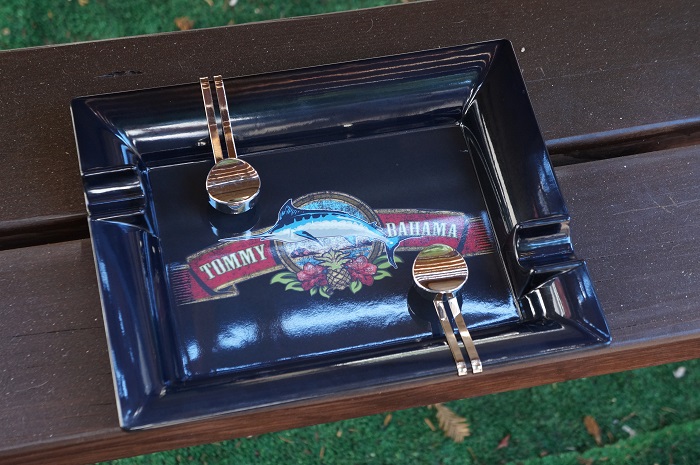 The ashtray comes in various colors with different logos, but they all have the same build and functionality. The length is 10 5/8 inches by 8 5/8 inches wide with a depth of 1 ⅜ inches. The ashtray carries an MSRP of $36. There are two cigar rests molded into the short sides and these rests have a depth of almost an inch and a half. There are also two movable rests that are chrome and can be use to create a longer rest for a cigar like a Toro or above. The ashtray is made from heavy-duty polymers to be break resistant.

Getting to use the ashtray, I found it worked very well. The way I typically used it was when I first started out with the cigar, I would rest it in the deep channel on the side and as I got to the final two inches of a cigar, I would typically rest it on one of the removable rests as it was easier to let go of it and pick it up.

The deep channels of the molded in rests hold a cigar really well as there isn’t a way for them to roll out and the depth of the rests make it easy to rest in almost any placement. Some rests aren’t very deep and you have to do a bit of a balancing act. The nice thing about the moveable rests is that they can be placed nearly anywhere around the perimeter of the ashtray. What this allows is that if you had more than two people smoking around it and didn’t need to use them to rest longer cigars, they could be placed in locations so that four cigars could be comfortably rested with the ash over the lower tray section.

There is a lot of real estate to hold ash and finished cigars, but I found myself emptying it out after about two or three cigars because it is shallow and I didn’t want to push the ash around to leave a vacant area for the next cigar to deposit its ashes. One note about emptying the ashtray is that if you have the removable rests on it, you will want to remove them before dumping it otherwise you’ll end up needing to fish them out of the trash as they don’t hold on when turning it over. This is not a big deal at all, but just something to keep in mind. 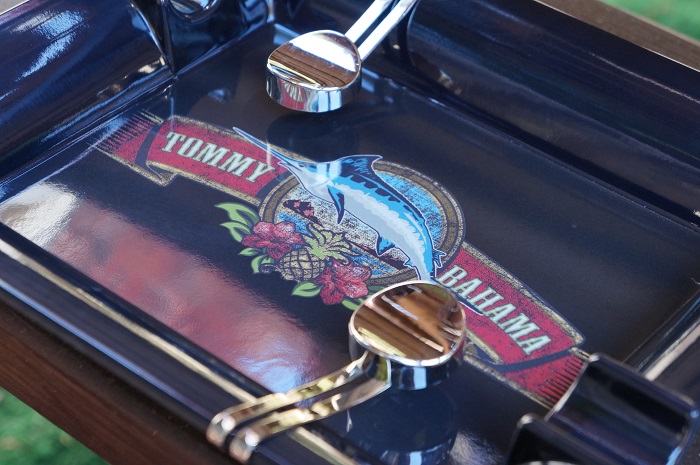 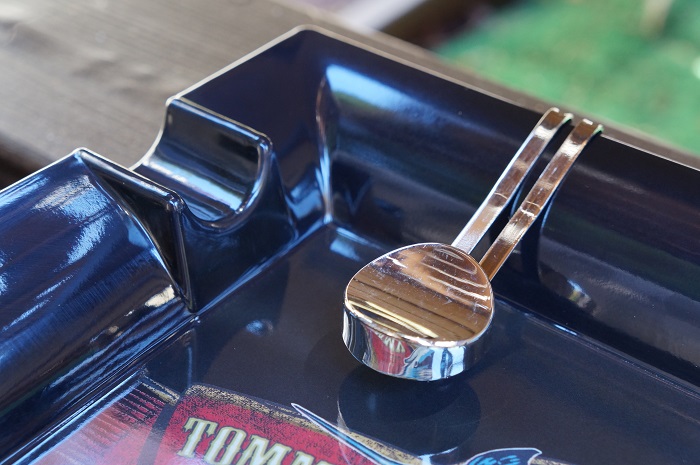 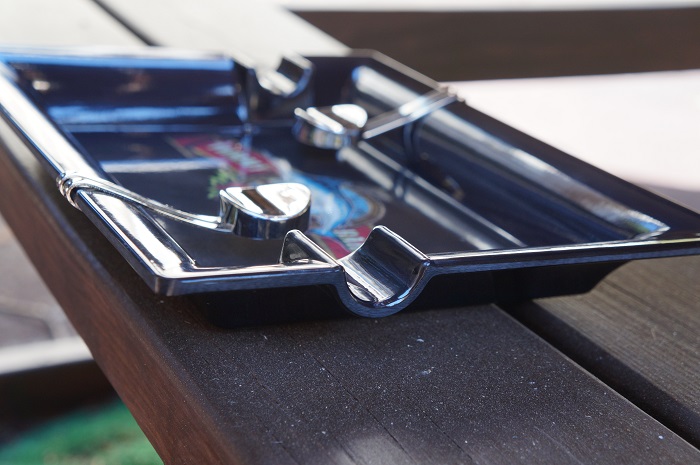 Consistently using the ashtray for the last 4 weeks, I overall find the ashtray to be worth the price point. It’s relatively light weight due to the outdoor sport marine aspect. At times I found the lighter weight to feel flimsy, but at other times I understood the marketing point. That’s just about the only true complaint I have (perhaps it’s a semi-complaint?). Other than that, the ashtray has good depth and width to comfortably ash 3 to 4 cigars before the need to empty it. The extended cigar rests are probably best used as separate cigar holders as using it as an extension only truly works for big cigars (at a minimum Toros). Given the 3 to 4 cigars ashed, it’s perfect for four friends to enjoy a cigar before emptying.

No doubt, the biggest (initial) draw of this ashtray is the great branding behind it. But interested parties should take a look at the functionalities of it while at the same time showing off the brand.