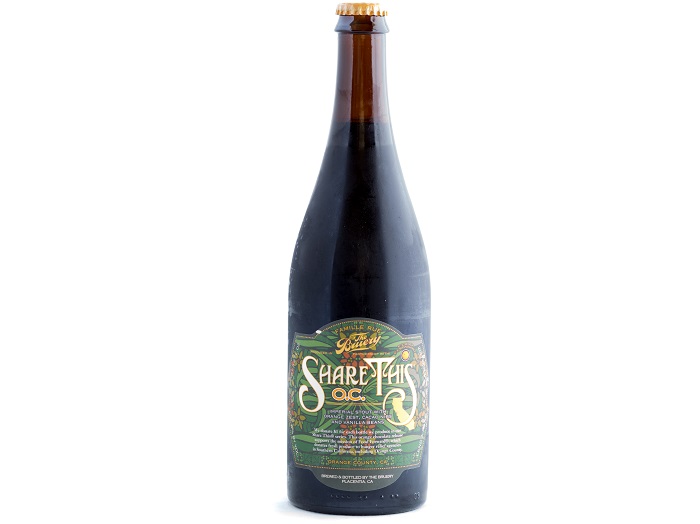 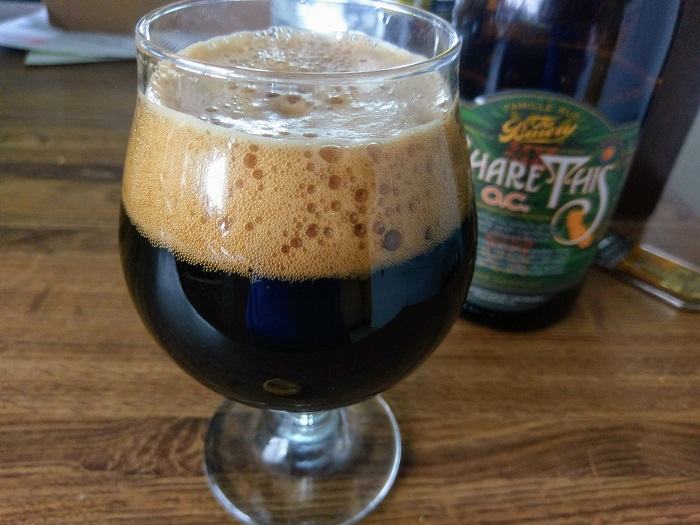 The Bruery Share This: OC pours like motor oil, or watered down molasses, and has a foamy, almost whipped chocolate colored head. 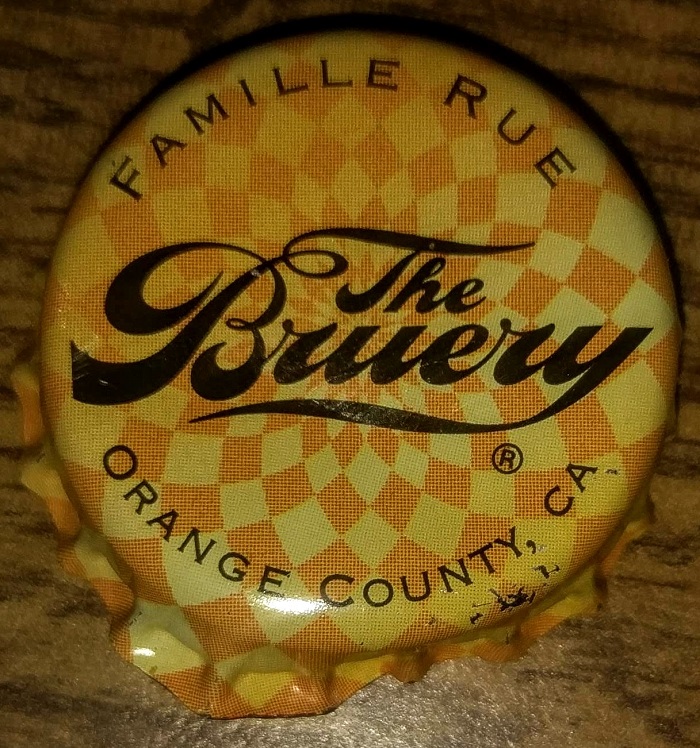 The initial aromas were a subdued orange and nib chocolate. As the beer warms up, I get a bit more of the orange, and the chocolate becomes more defined. Overall, I found the aroma didn’t represent the big bold flavors of this beer.

The initial sips revealed a monster amount of chocolate which was immediately overpowered by a tidal wave of booze, fading into malts. The booze character is reminiscent of a quad or bourbon barrel aged style beer, sans the bourbon character. I found the booze intensity to fall as I progressed, and I wasn’t sure if that was attributable to the beer warming up or simply my palate compensating for the flavor. I start to pick up a sweet orange citrus at the end of each sip. As the beer temperature continues to increase, the complexity of the nib chocolate matches. I also start to get what I would describe as a cinnamon or mild chili spiciness blending into the flavors. At its warmest, there is a general cloying sweetness along with vanilla. The thick viscosity of the beer makes for a satisfying mouthfeel.

I would not describe this beer as balanced. The nib chocolate and booze forward nature exist almost as completely walled off flavors. Both are so intense, and never manage to harmonize. They exist as separate entities.

My initial impression is a poor finish with the intense booze forward flavors. As the beer warms up, the chocolate, sweetness and cinnamon spices all manage to play on the palate making for a good finish.

The Bruery Share This: OC comes in a large bottle and serves up equally big flavors. I did not follow the instructions, and ended up enjoying this over two evening sessions. If you’re looking for absolute monster chocolate nib flavors with an in your face booze nature, this beer will leave you happily satisfied.