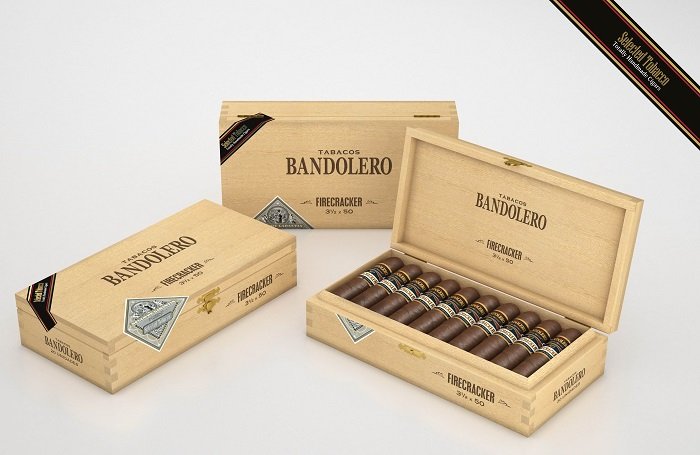 Nashua, NH – The return of the highly anticipated and highly coveted limited release Firecracker from United Cigars is here and 2022 will feature the Bandolero Firecracker from Selected Tobacco. In 2006, from the creative mind of David Garofalo, the Firecracker line was born. The first cigar on the market with a long piece
of tobacco at the head was shaped like a ‘wick’ or ‘fuse’ to capture the name of the line; Firecracker. After a few years on the market, the limited release Firecrackers came to life as United Cigars collaborated with a new manufacturer every year to create a celebration cigar for the nation’s Independence Day.

“My partnership with United Cigars has gone beyond the distribution of my cigars,” said Nelson Alfonso of Selected Tobacco. “This is family and I wanted to share my Bandolero blend with this beautiful vitola.”

“Every year I get more and more excited with our United collaborations. We work with another factory to deliver a unique experience, and this is what makes this industry united,” said Oliver Nivaud, Director of Operations for United Cigars.

The Bandolero line uses 5-year-old tobaccos and is aged for a minimum of two years post roll. This limited release has all the components of its premium sibling but will have an MSRP of $180 per box of 20/$9 for the single. Retailers across the United States will have access to the limited release as a United Firecracker Retailer and will begin shipping in June of 2022 and will be featured at this year’s TPE Show in Las Vegas, NV.