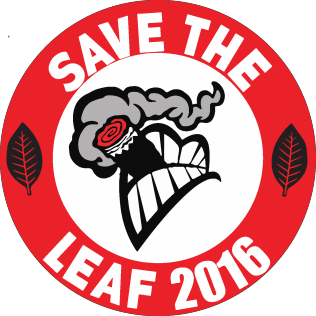 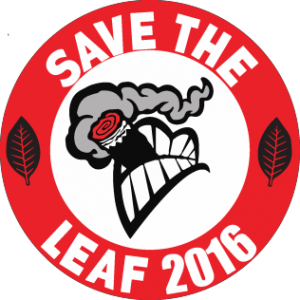 Orlando, FL, May 13th, 2016– On Thursday, May 5th, the FDA issued its ruling on deeming regulations regarding the premium cigar industry. It finalized the broad sweeping changes that will put over 35,000 small business owners and employees across the United States in jeopardy. Not including the more than 400,000 employed throughout the Latin American countries we have developed strong continuing relationships with. Among some of the changes that these regulations would require are:

• Pre-market approval of the tobacco products, including premium cigars, by the FDA
• Disallow free samples – a significant part of the cigar industry’s marketing strategies
• Existing cigar products must be submitted for approval to the FDA unless it was on the market prior to February 15, 2007
• Require product warning labels, defacing boxes and adding to the costs of premium cigars
• Allow the FDA to collect User’s Fees from cigar manufacturers
• Increase in paperwork needed to introduce a cigar, adding to the cost of premium cigars
• Requires retail tobacco shops to follow new strict regulations

“As an industry representative who frequents many retailers throughout the year, I can attest the detrimental effects the FDA’s regulations would have on the industry anywhere from leisure to employment. On behalf of AJ Fernandez, we will stand united to save the leaf.” – David Rico – Midwest Regional Sales Manager for AJ Fernandez

The cigar industry is a tightly knit community of about 3 million American adults (mostly between the ages of 25-65 years old) that will continue to fight these regulations. Cigar manufacturers, cigar media and cigar consumers have all banded together, announcing a peaceful March on Washington (Herf) and the formation of the “Save the Leaf” organization, at savetheleaf.org. The group is planning a peaceful march on the U.S. Capitol August 8, 2016. The event itself is free of charge, and there will be plenty of cigars provided to attendees helping out all weekend supporting the main event on August 8th. Many of the cigar industry’s leaders are uniting behind this event, and the full display of supporters can be found at savetheleaf.org. This demonstration will be the accumulation of a weekend of fun, cigar enjoyment, meet and greets and bonding for thousands of lovers of the leaf.

“As a small brand, just started in 2014, these new regulations will directly impact my business. I will rally, I will organize, I will dedicate my time, but I will NOT lie down to help save the industry that I have worked to evolve in. Together, we CAN save the leaf!”- Ryan Gallimore – Owner of Swinger Cigars

The cigar industry has seen a significant boom in just the past 5 years alone, with many adults taking an interest in premium cigars. Much like the cigar boom of the mid 1990’s, there has been the introduction of many new smaller, boutique like brands, that has gained the support of cigar consumers. These regulations will hurt every manufacturer but many of these new, smaller businesses, started when the economy was just rebounding from the 2008 Great Recession, and will be hurt the worst. The amount of companies that will be devastatingly affected is too long to list.

The Save The Leaf event will be August 6th through 9th, with the main event showcased on August 8th, and will include the following:

• Hotel accommodations arranged with the Marriott Hotel, located at 3501 University Blvd, Hyattsville, MD. Attendees must pay for their hotel rooms or have arrangements made.
• A sign making party at the hotel conference center to create signs to be used in the peaceful demonstration.
• Buses to transport demonstrators to the Capitol will be provided the morning of August 8th
• “Herf” outside the U.S. Capitol Building, which is a phrase used for when cigar consumers get together to enjoy cigars and network.

“As an industry there has never been a time where we are more united than we are now. We have fought and survived taxes, smoking bans and a communist revolution in Cuba. We will not let the FDA destroy this beautiful craft known as the Premium Cigar industry.” – Miguel Schoedel – National Sales Manager for Roberto P. Duran Premium Cigars

Save The Leaf is calling for all that want to preserve their cigar rights to get involved and help get the word out via social media, as well as conversations in their local brick and mortar stores and online forums. It is the intent of the organization, which is being supported by many Industry Leaders, to continue to pressure US law and policy makers to reconsider these sweeping regulations that will destroy thousands of jobs and business throughout the United States, forcing further unemployment, and infringing on the American Dream. If you want to get involved, participate or wish to get more information on this topic, visit SaveTheLeaf.org or email the save the leaf team at info@savetheleaf.org.