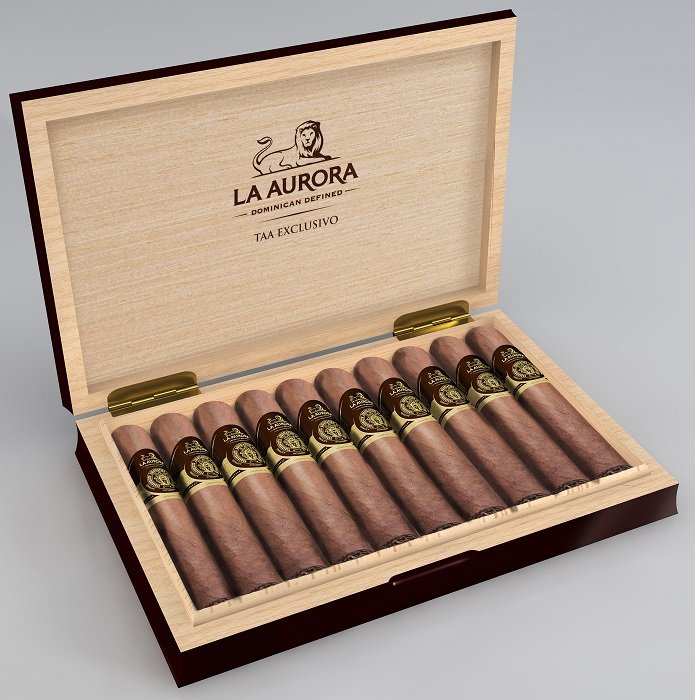 “This TAA Exclusive is a testimony to the level of cooperation at all levels on our teams,” noted Wood. “Everyone contributed to make a spectacular offering. We believe that this cigar will showcase the level of craftsmanship at La Aurora, and it is certainly fitting for the retailers attending TAA.”

Available in 500 10 count boxes of 6×50 Toro, the La Aurora TAA Exclusive will be available for shipping to TAA retailers in April after presale at TAA later this month.