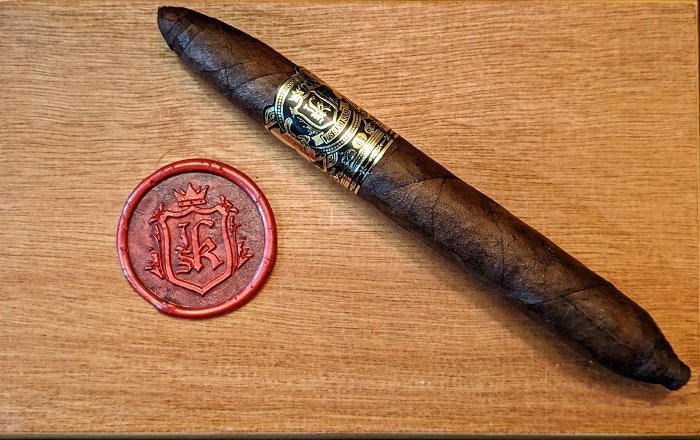 The 2019 Ristefari cigar release will be sticking with the past trends to be a 7×56 Solomon. The 2017 blend was for the Red Knight series, the 2018 was the Zlatno Sonce, and to complete the core line of releases, the 2019 will be the Crna Nok. The event will be held on March 9th at Golden Leaf in Hobart, IN from 9am-closing. We have International guests flying in this year.

While the blend for the Crna Solomon is kept secret, it is wrapped in a toothy Broadleaf maduro wrapper. This is the first release of the Crna series in the new factory and is a tweak from the original blend.

There will be 99 boxes available since 1 was offered to the cigar gods via customs (don’t even get me started on the FDA). These are first-come first-serve and any available boxes will be available via phone order beginning on Monday the 11th. The MSRP is $150 for the box of 10. These are a one-time-only release and are expected to sell quickly, so get yours while you can.