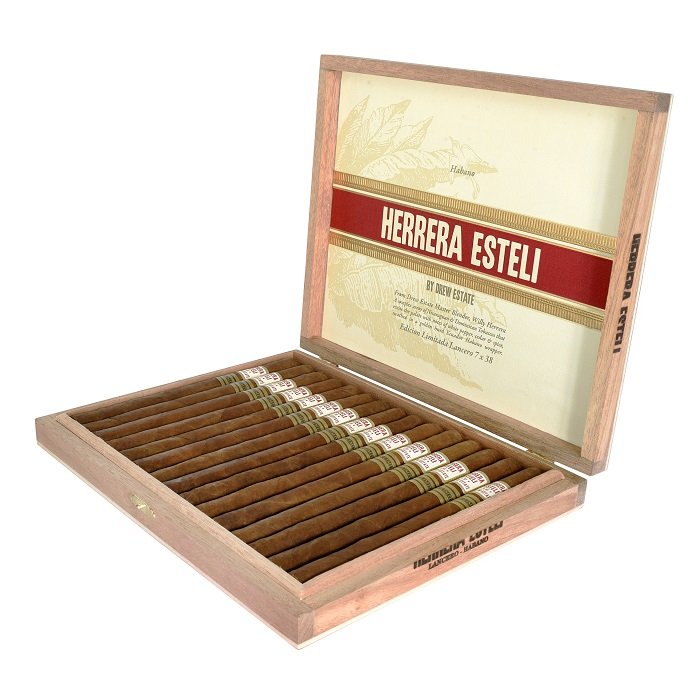 Originally released in 2014, the Herrera Esteli Habano Edicion Limitada Lancero is wrapped in a spicy Ecuadorian Habano wrapper, with Honduran binder and complex Nicaraguan fillers. Due to the skill required in rolling the 7×38 lancero vitola, there are only 4 pairs of rollers at La Gran Fabrica allowed to produce this cigar.

From La Gran Fabrica Drew Estate, Master Blender Willy Herrera adds, “The lancero is a notoriously difficult vitola to master both from a blending and rolling perspective. The same rollers who make the L40 are assigned to this special blend since they’re the best of the best. We took our time here at the factory when we decided to re-release this cigar so that every aspect from flavor to construction is perfection.”

The Herrera Esteli Habano Edicion Limitada Lancero is available only at Drew Diplomat Retailers in 15 count boxes with an MSRP of $186.96.