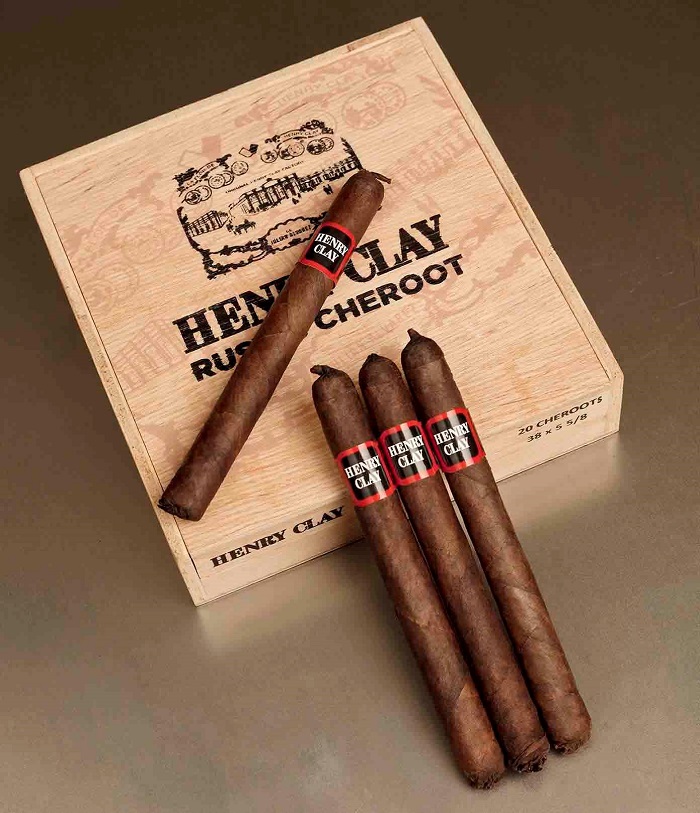 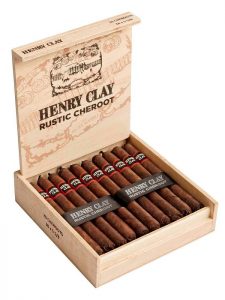 “Cheroot” is a long-running cigar term, often referring to a smaller, thinner cigar featuring two open ends. The Henry Clay Rustic Cheroot is a modern iteration of this classic variety, with the serviceable addition of a pigtail cap and closed foot. Rustic Cheroot cigars are meticulously made using a broadleaf wrapper and Honduran binder, and a specially selected blend of filler tobaccos from the Dominican Republic. Typically known as Capa Dura, this special blend is derived using only the finest ”reborn” tobacco leaves, producing a rich, stronger blend, with an exceptionally rustic complexity of flavor.

Rustic Cheroot’s distinct filler blend pays homage to the small cigars smoked many years ago by the tobacco field workers of Honduras’ western region. These committed workhands once engaged in an unspoken tradition of sneaking into the farm’s curing barns, gathering a small amount of tobacco leaves from various pilons, and crafting it into small cigars to smoke throughout the day. With lower profits ensuing, owners of the fields took notice, and put a stop to the workers’ practice of using a small amount of their quality tobaccos. To compensate for the loss of their daily pastime, the workers began leaving tobacco plants in the fields after the choice leaves had been picked, and instead smoked the second wave of tobaccos grown in each batch. These tobaccos, later referred to as ”reborn” leaves, had a rough exterior, but surprised workers with a strong, complex and more enjoyable profile.

Rich with flavor, aroma and history, this modern Henry Clay adaptation promises to be a captivating release for every mature adult smoker. Each Rustic Cheroot cigar comes available in a compact 5 5/8 x 38 vitola, and is sold in boxes of 20. Priced at an MSRP of only $4.25 per cigar, Rustic Cheroot is an exciting, new way to familiarize contemporary connoisseurs with the iconic Henry Clay banner, revered by cigar enthusiasts for over a century and a half.