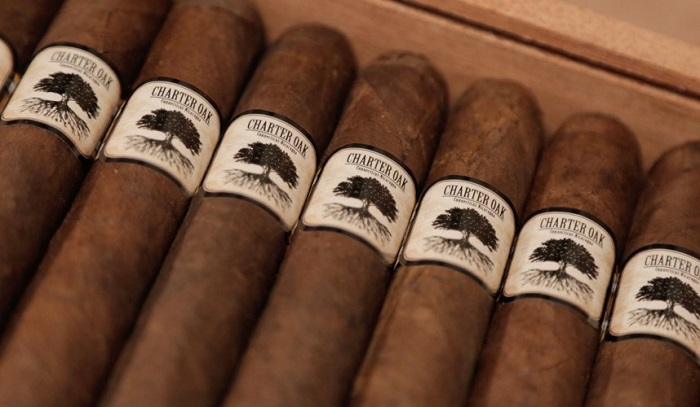 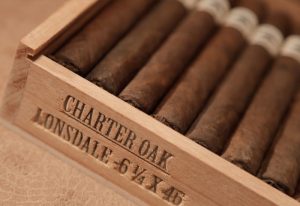 “I wanted to choose a name that represents the greatest symbol of my home state of Connecticut, the Charter Oak.”, says Melillo.

Historians estimate that this unusually large Oak tree began growing sometime during the 12th century on a plot located on what is now downtown Hartford. Native Americans, who by the way cultivated tobacco nearby long before settlers, held councils beneath its massive branches. The tree is actually mentioned in Dutch Explorer, Adrian Block’s journey guidebook in 1608. By the mid 1600’s the plot was parceled and a farm was built with the agreement that the local tribe could share this sacred tree. In 1662 King Charles II issued a Royal Charter to the Connecticut Colony granting an unusual degree of autonomy. However, when his successor, James II appointed an English Governor-General to reclaim the Charter, it was hidden in what became known as Charter Oak, one of our countries greatest symbols of American Independence. 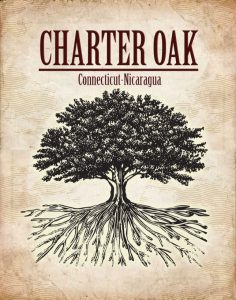 Charter Oak also pays tribute to my grandfather, who while earning a modest salary working for the Winchester Repeating Arms factory after WWII, smoked exclusively, broadleaf cigars manufactured by FD Graves on State St, while, no joke, Rick Ardito’s grandfather, a guard at Winchester, also smoked FD Graves biggest selling broadleaf, Muniemakers. I wanted to create an economy-minded, everyday smoke for connoisseurs; something tasty and delicious but didn’t break the bank.” Says Melillo.

Charter Oak Cigars hail from the same fertile valley in Connecticut that Master Tobacco Blender Nick R Agua aka Nick Melillo was born and raised. Charter Oak Cigars feature some of the most prized and sought after Cuban seed leaf varieties from the exquisite Esteli and Jalapa regions of Nicaragua. The cigars are then wrapped in either a silky, beautiful Connecticut Shade wrapper or a hearty and rich Connecticut Broadleaf wrapper, leaving you with the perfect every day and every occasion cigar.

Charter Oak will be offered in two different wrappers, CT Broadleaf and CT Shade, and will have a price range between $4-$6 in the following sizes: