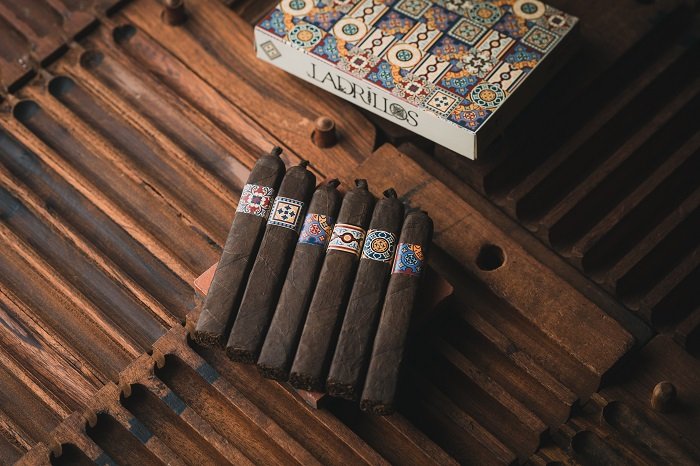 Granada, Nicaragua: Favilli has released a new line of cigars named Ladrillos. Ladrillos, meaning tile in Spanish is a brand which celebrates the artisanal handmade concrete tiles of Mario Favilli. Mario opened his tile factory in 1915 and instantly began adding artistic quality to floors across Latin America. When completing his home in 1925, now the Favilli mansion and Favilli cigar factory, Mario chose his favorite designs to adorn his rooms and walkways. Ladrillos, a 5” x 52 box-press was designed to celebrate those favorite tiles handmade by Mario Favilli.

Favilli has used the geometric square shape quality of the box-press to bring to life the square tiles, where each cigars ring is different tile design with a blend of colors from the mansions architectural color palette. The first run of the new brand will be released under Favilli’s “Enviro-Pack” program in an artistic six count box. The brand is set to begin shipping in September of this year.