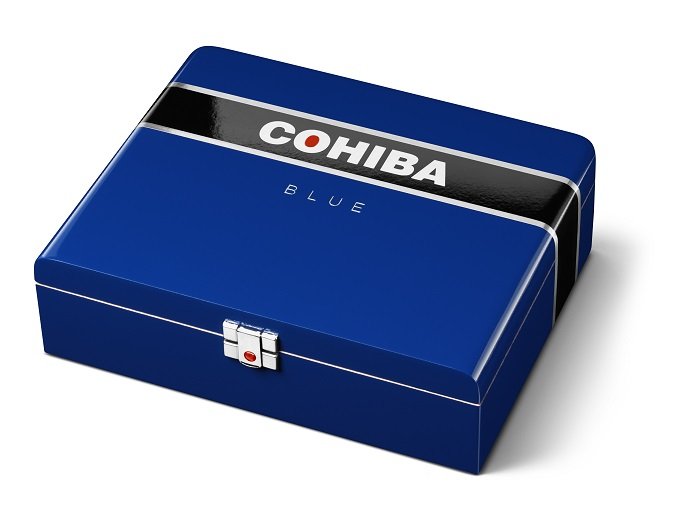 Cohiba will debut its largest frontmark to date with the release of Cohiba Blue 7×70, an eye-catching cigar named after its sizeable dimensions.

Cohiba Blue 7×70 marks the sixth vitola in the Dominican-made collection. Shipping this week with an SRP of $14.99 per cigar, Cohiba Blue 7×70 will be presented in the bright blue, handpainted wooden Cohiba Blue boxes, each containing 15 cigars.

Handcrafted at General Cigar Dominicana in Santiago, DR, Cohiba Blue is a velvety, medium-bodied cigar with a three-country blend that represents the world’s most revered tobacco growing regions. The experience is sophisticated and memorable with an enticing aroma.

The Cohiba Blue blend starts with a silky, rosado-hued Honduran Olancho San Agustin (OSA) wrapper that sits atop a Honduran OSA binder, with the layered wrapper-binder imparting subtle, earthy notes. The blend consists of Honduran Jamastran, Nicaraguan Ometepe and Dominican Piloto Cubano that lend hints of cocoa and caramel, with a light touch of sweetness.

Cohiba Blue debuted in 2017 as an expression created to appeal to all who seek the indulgence of a fine cigar.