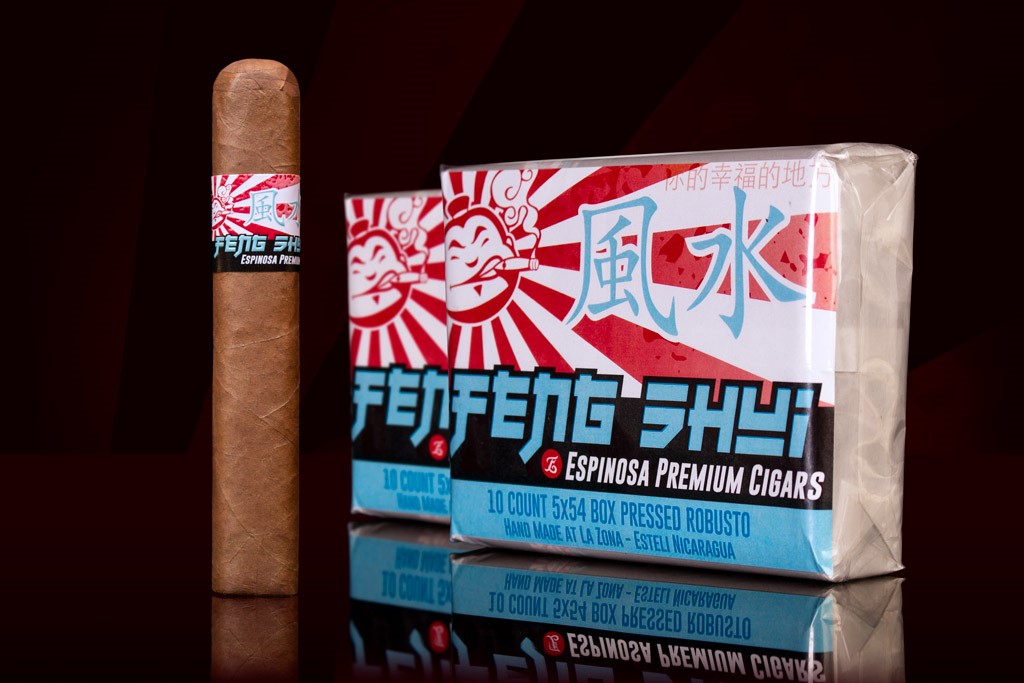 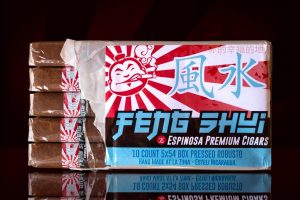 While perusing through one of the many Asian supermarkets dotted across the urban and ethnic neighborhoods of Western culture, one might expect to find the crowd-pleasing oddities—boba, matcha, mochi, and ramen, to name a few. But tucked away, inconspicuously between the Pocky snacks and Ramune sodas, you may be lucky enough to find a true gem, a bright and oddly packaged treat known simply as Feng Shui.

The name is, of course, borrowed from the ancient Chinese art form, dating back nearly 6,000 years. Feng Shui (commonly pronounced “fung shway,” or “feng shoo-ey”) was used to orient architecture, often spiritual structures, in coherence with the invisible forces that bind the universe—a principle known as qi.

With Feng Shui, Cigar Dojo has partnered with Espinosa Premium Cigars and the company’s La Zona factory to find balance and harmony with “The Dojo’s” Asian influence. This is most quickly evident with the cigar’s square format. In fact, the box-press mold was custom designed by members of the Cigar Dojo team, offering the most box-pressed vitola from a Cigar Dojo collaborative project to date.

In addition to the cigar’s 5″ x 54 “Presnado” format, the blend contains a select double binder, with one leaf being sourced from Indonesia—a Southeast Asian region prized for its volcanic soil. The complete blend is rounded out with the use of a Habano Rosado wrapper, double binder (Indonesia and Jalapa), and Nicaraguan fillers (Estelí ligero and Jalapan viso).

“With the Feng Shui, it’s all about the gorgeous Habano Rosado wrapper. Just looking at it will put you in your happy place. The Feng Shui can best be described as having a juicy burst of flavor that will appeal to any type of cigar smoker.” noted Eric Guttormson, owner of Cigar Dojo.

Feng Shui has been in development for close to two years, and the cigar’s release has been carefully timed to coincide with the 2018 Rocky Mountain Cigar Festival, located in Broomfield, CO (hometown of Cigar Dojo). As such, Feng Shui will be available exclusively online (through associated retailer Payless Cigars & Pipes) and at RMCF events throughout the weekend of August 23-25. Feng Shui will first be made available at 12pm (Eastern Time) through online sales. This will be followed by a special launch party, held at Havana Manor in Longmont, CO at 12pm (Mountain Time). The event will be hosted by Erik Espinosa (owner of Espinosa Premium Cigars) and the Cigar Dojo staff. While only 300 bundles of 10 cigars will be available for this special
release, an additional 60 bundles will be offered at the launch party (as well as the RMCF, if supplies remain).

Erik Espinosa, owner of Espinosa Premium Cigars, commented, “After attending the Rocky Mountain Cigar Festival for the past couple years, we wanted to come out with a cigar along with the Dojo that would be something special to commemorate the event. Creating the blend and combining it with the perfect shape and size took some time, but we really think the final product was worth the effort.”