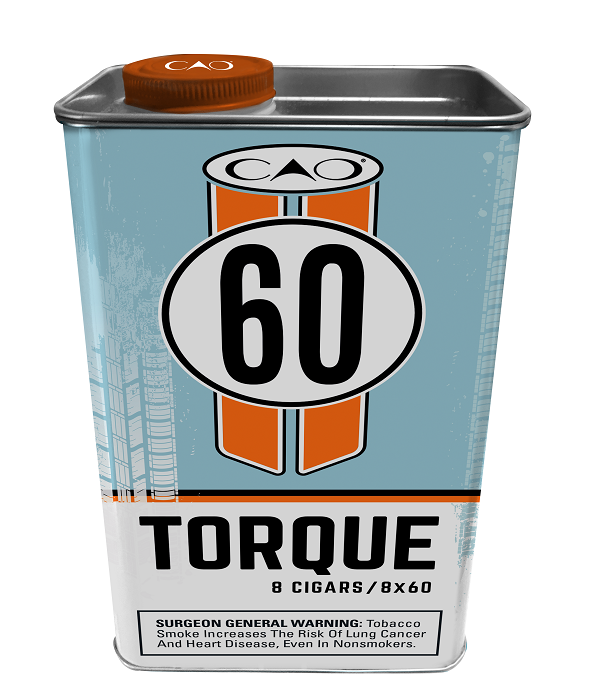 CAO never makes a quiet entrance. With its new release called “60,” the brand is firing on all cylinders, launching what will likely go down as the most bad a$$ premium cigar release of the holiday 2021 season.

The limited edition smoke called “Torque” will debut as the biggest in the CAO lineup. The blend is medium-full in body, and made with Honduran and Nicaraguan tobaccos of different primings to deliver spice and dimension. With a Nicaraguan Habano binder and rich Honduran Habano wrapper, Torque delivers a big, bold smoking experience.

Rick Rodriguez said, “With 60, it was either go big or go home, and of course we went big with the blend. This cigar is equivalent to revving the engine of a classic muscle car. It’s bold, it demands attention and when you light up a Torque, you’re in for a great ride. We hope that our fans enjoy Torque as much as we enjoyed creating the cigar for them.”

CAO 60 Torque comes in a tin modeled to look like an oil can that Steve McQueen might have had in his garage. The tin holds eight Torque cigars and will sell for an SRP of $100, until the limited release is sold out. CAO 60 Torque began shipping to retailers this week and is handmade at STG Esteli in Nicaragua.