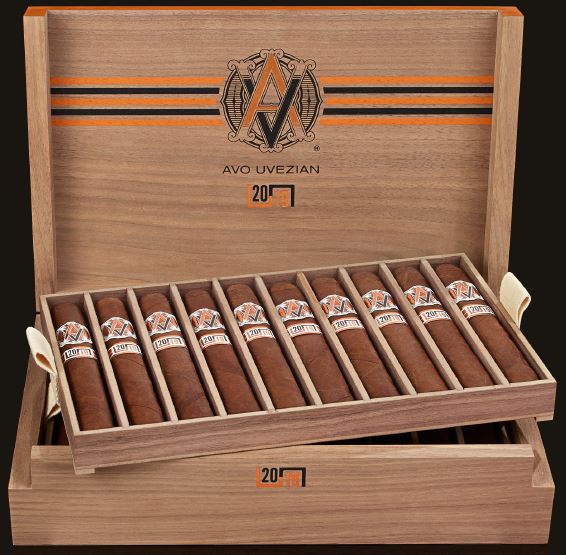 “Avo Uvezian broke conventions as the first cigar manufacturer to produce an annual limited edition cigar in the year 2001. In honor of his legacy, we decided to “break the mold” once again, with this unique 2019 release.” states Scott Kolesaire, Director of Marketing at Davidoff of Geneva USA. “The AVO Improvisation LE19 packaging is inspired by the box pressed cigar molds used to shape the cigars in the rolling process. The cigar’s secondary band draws further inspiration from the mold and ties in this concept with a unique typographic “2019” lockup incorporated into a mold pattern.”

Emerging as the second AVO Improvisations Series release featured in a box pressed format, the LE19 blend utilizes different tobaccos from three different countries including a stunning dark brown Ecuadorian wrapper that is silky to the touch with an initial aroma that features a combination of sweet cedar and earth. The Dominican binder leaf envelopes five different filler tobaccos comprised of both Dominican and Peruvian leaves, delivering a complex and intense palate stimulation with the perfect balance of thick cream and earthy spice.

LAUNCH AND AVAILABILITY
The AVO Improvisation LE19 will launch on March 22, 2019 with a limited production of 2,500 boxes exclusively for the US market, making it one of AVO Cigar’s most unique and limited releases. European and other global markets will offer a non-box-pressed version of the same blend that will be launched concurrently.