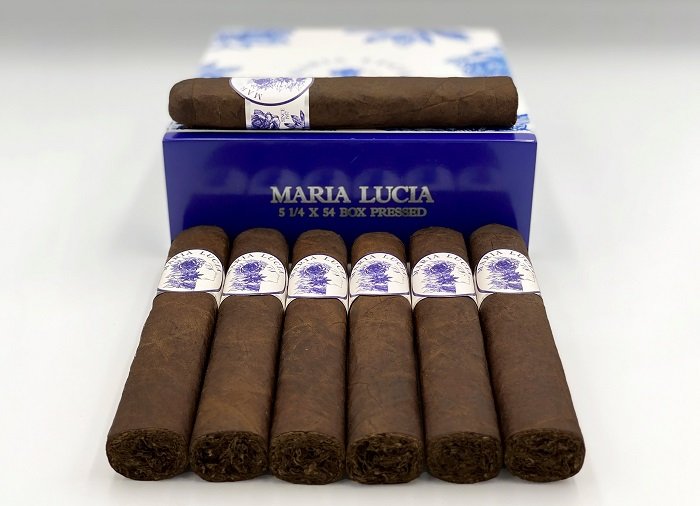 ACE Prime announces the prospective launch of “Maria Lucia” at the 2022 Las Vegas PCA Trade-show. The new smoke is inspired by the story of grit, passion and survival of ACE Prime founder and co-owner Luciano Meirelles’ mother, Maria Lucia Meirelles.

When entrusted with the opportunity to blend a premium cigar to honor his mother, Master Blender Luciano Meirelles sought to draw inspiration from her own intricate nature connecting every flavor note and smoking experience to her personality traits.

“It took me many years before I dared to blend something inspired by my mother. She passed away when I was only twelve years old, and it was only recently that I was able to fully understand and know her complicated life’s story,” Meirelles said.

The late Maria Lucia was as valiant as she was brilliant, as kind as she was unashamedly bold. She was the flower that rises from cracked pavement, the beauty that survives brokenness, the redemption that overcomes tragedy. This cigar echoes the life of a complex woman who reminds us that even when all odds are against us, we nevertheless have the capacity to hold onto the light.

The cigar box and band feature art by Meirelles’ oldest daughter, Deborah, a Paris-based artist and fashion designer. Without ever seeing a photograph of her grandmother as a teenager, she drew the portrait of a woman she dreamed of. “When I saw the drawing next to old photographs of my mother, I saw the similarity immediately”. Luciano Meirelles said. “It was almost supernatural the way things happened. It’s hard to believe it was only a coincidence… And now years later, when I decided to finally create this cigar, naturally, in a full-circle kind of way, we thought there would be no better idea than to use my daughter’s drawing for the box.” Luciano said.

The cigar delivers an abundance of depth and complexity, where every flavor elicits a double take from its smoker. It has a unique versatility with sweet notes of oak delivered with pleasant acidity. Its strength is medium full, with the box press construction guaranteeing an easy, smoky draw. A versatile cigar, the Maria Lucia will meet you as you are, adapting to almost any palate. Much like its namesake, this smoke will challenge the discernment of any who dare encounter it.

Not only is Maria Lucia spectacular, but we’re honored Luciano chose this year’s trade show to release a cigar that carries such personal and significant meaning to ACE Prime and him,” – Scott Pearce, Director of the Premium Cigar Association (PCA).

“I believe this blend with its bold complexity and natural sweetness will appeal to experienced and novice smokers alike. I’m excited to be sharing Maria’s story at PCA 2022.” – Miguel Schoedel, Crowned Heads