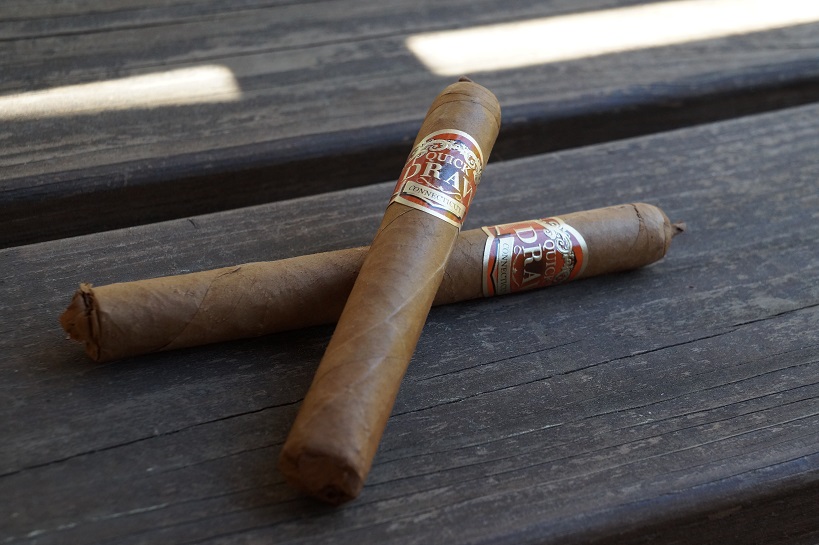 Our Line Analysis articles allow us to compare the differences we found across the various vitolas and talk about which one each of us liked the best and why. These articles aren’t meant to go over the same content in the individual vitola reviews as you can just click on the links to each review below to read them in full.

The Southern Draw QuickDraw Connecticut line is a recent release (April 2016) with two vitolas, the Petit Corona (4.5×44) and the Short Panatela (5.5×40). The cigars come out of the Tabacalera Fernandez factory in Nicaragua. The cigars have an Ecuadorian Connecticut wrapper along with a Nicaraguan (Ometepe) binder and Nicaraguan (Esteli, Condega) filler. The price point on these are between $5 and $6, which is the staple of the QuickDraw line which also includes the QuickDraw Habano and QuickDraw Pennsylvania.

As expected, the pre-light experience was pretty similar between these two vitolas. The Short Panatela looked a little rougher, but nothing too drastic. Getting into the smoking experience, they both started off with a blast of cinnamon, but the Short Panatela seemed to allow that defined flavor to last longer through the first third. They both shared some primary flavors of cream and wood. The Petit Corona had some drying smoke which the Short Panatela didn’t.

In the final third, both cigars were plagued with bitterness, but the Petit Corona more so. There was some charred wood that would peek around the bitterness at times. The retrohale on both cigars was pretty much unaffected by the bitterness as they both were creamy and woody the entire time.

The burn on both cigars was fantastic. Razor sharp without the slightest variance. They both had good ash retention and provided good smoke output The draw on the Petit Corona was slightly tighter than I prefer, but still very good, while the Short Panatela’s draw was perfect for me.

Between the two vitolas, the Short Panatela is my favorite. The level and fullness of the cinnamon was better and the bitterness was only present in the final third. This isn’t to say that the Petit Corona is bad, the flavors just weren’t as full to me and the longer presence of the bitterness was a detractor. I think a little bit of humidor time will help both of these cigars out and increase the enjoyment level. 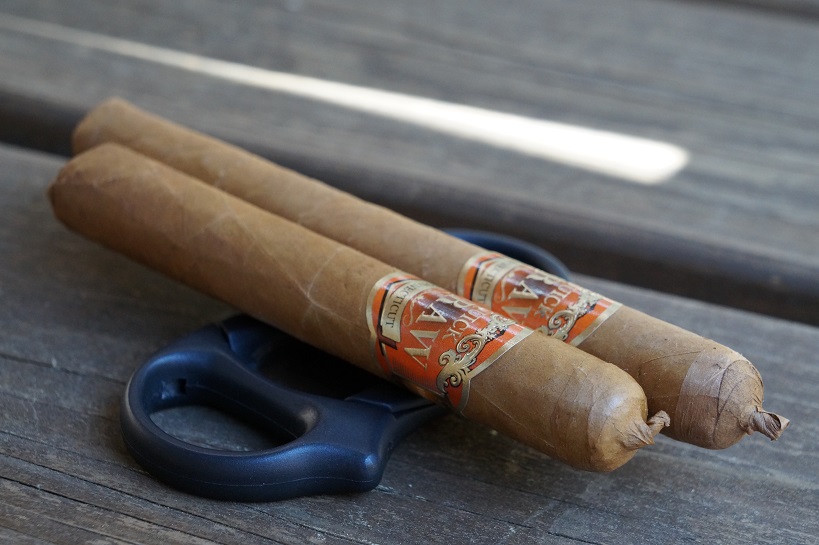 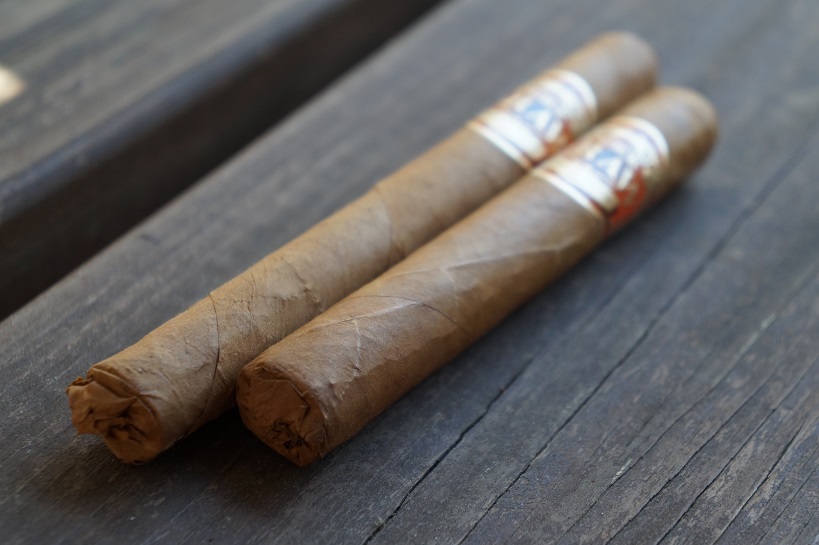 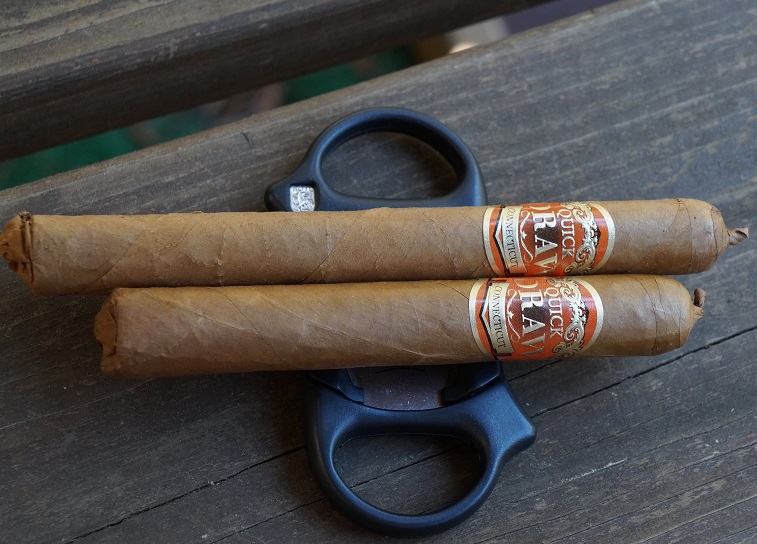 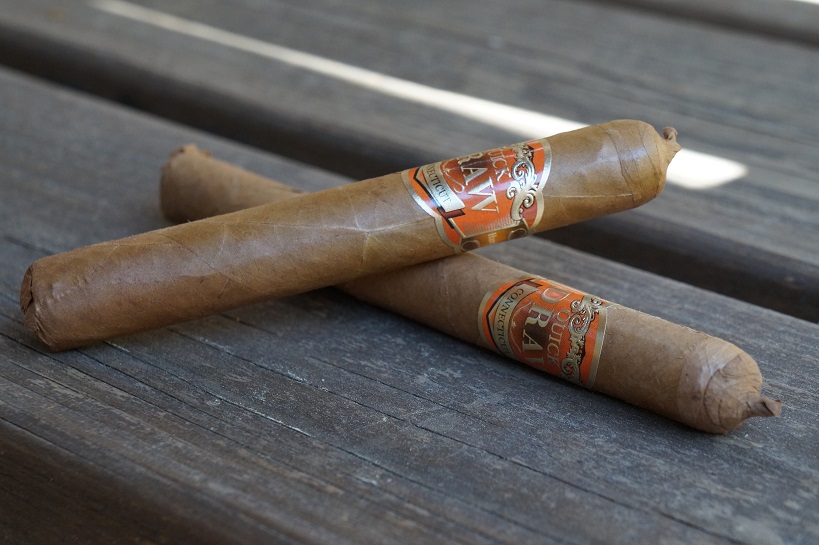 After years in the making, Robert Holt’s Southern Draw QuickDraw Connecticut has finally arrived for me to fire up. I was happy to find out Robert decided to go with slimmer vitolas in the sea of jaw breakers in the market. Furthermore, I was a total sucker for the flair of the pigtail cap and enclosed foot. But can the eye catching presentation translate into a flavorful smoking experience?

Reflecting on the flavor profiles of the vitolas, both had favorable taste profiles. Similarities include bitterness, wood and spice flavors. The Petit Corona had a rich black pepper spice and cedar whereas the Short Panatela consisted of white pepper spice and quality cedar. Both vitolas bitterness level increased as the cigar was smoked. Differences comprised of namely sweetness types/levels. The Petit Corona had a sweeter profile as compared to the Short Panatela in the form of caramelized sugar. On the other hand, the Short Panatela sweetness came in the form of a plant-like sweetness (sweet hay), which was noticeably less sweet as the Petite Corona. All similarities and differences considered, I enjoyed both vitolas flavor profiles equally.

Although the scores reflect the Petit Corona as the clear winner (due to the loose draw of the Short Panatela), I enjoyed both vitolas equally. Both will pair great with the conventional Connecticut cigar pairing of coffee. Both will also stand well by itself, as the cigars provide good depth of flavors, body and finish for any time of the day. Robert Holt’s years in the making has paid off well especially for us flavor forward cigar lovers.

To view the full review for the Petit Corona, click here.

To view the full review for the Short Panatela, click here.