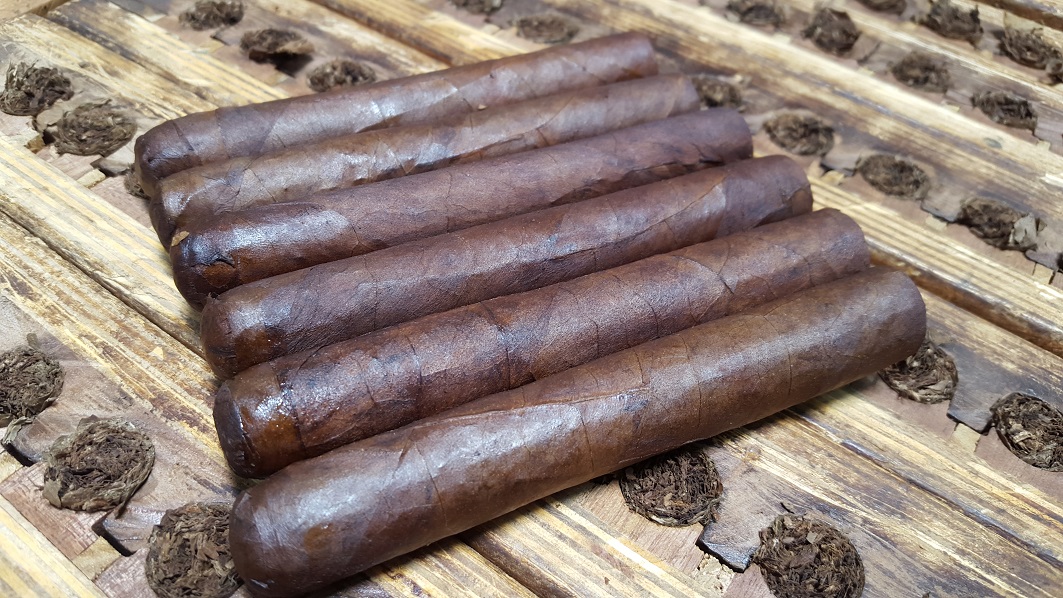 This past March, I was invited by Cigars International and my friend Roman (who I met 6 years ago on the cigar.com forums) to tour AJ Fernandez’s facilities in Esteli, Nicaragua. There was a total of five of us, all from the cigar.com forum community that went. We lodged at AJ’s White House, ate many of our meals there and socialized with stomachs full of laughter. The trip lasted three magnificent days that I repeat play in my mind.

A tremendous special thanks to Alex Svenson and Jaime of Cigars International, the man himself AJ, Raymond (AJ’s brother in law) and Roman. Without your generosity, patience and kindness, the trip would not have been possible for me. You guys are all amazing!

Take a look down memory lane with me as I recapture our days in Esteli, Nicaragua. 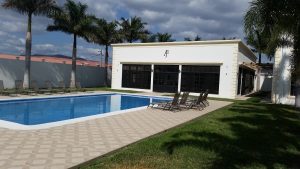 All five of us made Houston’s George Bush International Airport our meet up point. We flew out earlyin the morning at 8AM and took a short 3.5 hours to arrive at Managua airport. Once there, we were greeted and picked up by Marko (AJF employee) in a comfortable mini bus. Upon loading into the car, it was a pleasant surprise to see a glove box full of AJ’s cigars for us. Marko lent us his cutter and lighter, I lit up a New World Connecticut, and off we went on our 2 hour drive to Esteli (by the way, it is definitely true when people say cigars just taste better in Nicaragua). Unfortunately, by the time we arrived in Esteli, the factory was already shut down in lieu of observing the Easter holiday. But that ended up not mattering at all as we still had an amazing time. We met Jaime at the White House, as Jaime was our go to contact to show us around the facilities and Esteli. He took us to the White House family room and that is when we met AJ and some of his family and employees. 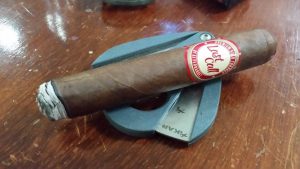 AJ greeted us with open arms and told us his house was our house, we can smoke anywhere we want within his facilities (for a second I thought about smoking in the shower and in my bed). He then gave us each a cigar from his newest release Last Call (delicious short smoke). For the next few hours leading up to sunset, we ate lunch, settled in and proceeded to meet in AJ’s indoor lounge where we had a personal bartender anytime we were there. AJ and Raymond walked into the lounge and AJ asked us to share two cigars with him. One of which is the Last Call and another a cigar he is working on. While smoking and chatting, I understood the nature of AJ. Like what I have already heard from some, AJ is a tobacco farmer full of love and humble perspectives. He talks about his tobacco like they are his beloved children. He has an incredible love for his wife and daughter. His humble attitude towards life is not jaded by materialism. A true gentleman well worth looking up to. Hearts fill with AJ’s cigars, Flor de Cana, Tona and Victoria (Nicaraguan beer) and laughter, it was the perfect way to end the first day in Esteli. 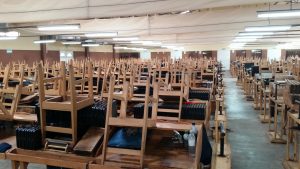 Day 2 – All About the Tobacco

Day two started with breakfast prepared for us by AJ’s kitchen staff. After stuffing myself with red beans and rice, homemade flour tortillas, bacon, eggs, toast and most important, morning cups of Joe, we headed to the factory, accompanied by Jaime and Raymond. We toured the bunching and rolling room, sorting room, boxing room, etc with Raymond and Jaime describing to us in detail each part of the process. After doing so, we headed back into the bunching and rolling room where we had a plethora of various leaves to play with. Raymond rolled for each of us puritos that made up the blend for the New World. While we smoked each purito, Raymond and Jaime described to us where each leaf comes from and the characteristics that accompanies the respective leaf. I enjoyed this part immensely as tasting each leaf was not only fun, I felt a whole new level of appreciation for tobacco. After this, again with the help of Raymond, we each took our turns bunching and rolling the wrapper onto the cigar. After doing this, I have a whole new appreciation for the bunchers and rollers. I now know first hand it is not easy to do this and takes tremendous skills that I certainly do not have. 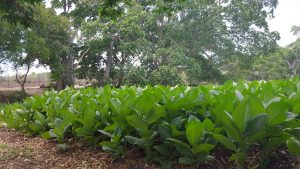 AJ came into the room and told us he would personally like to take us to some of his tobacco farms. We all got up in excitement and off to the farms we went. AJ showed us a wide variety of his crops. We saw shade tobacco, sun grown tobacco and hybrids of tobacco he has been working on. The soil for the tobacco leaves which I understand is native to Esteli is almost jet black and enriched with minerals. AJ would look, feel and even listen to the tobacco like they were his precious kids. The passion he has is absolutely amazing.

After the tobacco farms, AJ took us to one of his curing barns. Walking into the curing barns, the first thing I notice is how dark it was in there. I also notice at the same time the fragrant smells of roasted chestnuts. AJ took one of the leaves curing and rolled a cigar for us. My goodness it was young and spicy! But to my surprise, I did not taste a lot of ammonia. After this, AJ left to spend some time with his family. Raymond and Jaime took over once again and we viewed more of AJ’s tobacco farms (AJ has a ton, one of the top growers of tobacco in Esteli), and we even saw AJ’s horses and pigs. This concluded our tobacco visiting day. We headed back to the White House to eat, drink, smoke and laugh some more. 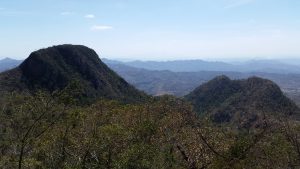 Day three started off just like day two with another delicious breakfast prepared by AJ’s kitchen staff. Early afternoon, Jaime took us around Esteli and its surrounding areas. With ice cold Tona’s or Victoria’s in our hands, we drove towards the mountains. Our first stop led us to a short half mile walking trail overlooking Tisey Estanzuela Natural Reserve. We were able to see a beautiful panoramic of some of the active volcanoes and the surrounding towns therein. Next, we drove to another walking trail and quaint shopping area called La Garnacha. Another nature rich location featuring nature and nature artifacts for sale at the nearby vendors. This concluded our sights as we went back to the White House for more cigars, Flor de Cana, Tona’s and pool time. 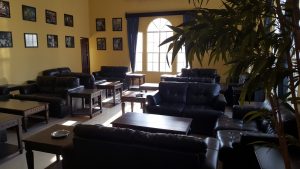 The immensity and honor of going to Nicaragua for the first time to feel the vibes, smell and touch the tobacco within all stages, crumbling the rich black dirt in my hands and converse with the community of our hosts and fellow brothers of the leaf are fond memories I will never forget. Can’t wait to do it again next year!